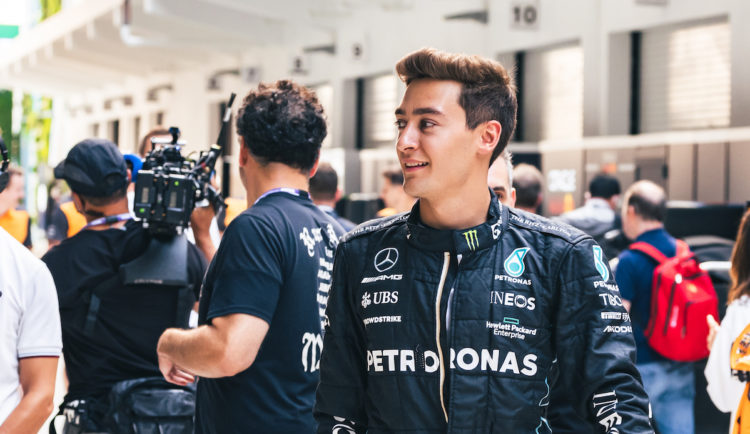 Former Formula 1 driver Juan Pablo Montoya believes George Russell is doing a better job at Mercedes than team-mate Lewis Hamilton because of the experience he has had battling quicker cars, whereas Hamilton has had the luxury of always being in the quicker car.

Although both Hamilton and Russell have finished on the podium this season, Russell has enjoyed a much better run of results and sits fourth in the championship, with Hamilton only seventh.

The Mercedes W13 has lacked outright pace thanks to extreme porpoising, which has forced Mercedes to experiment with its setup. Montoya believes that is also a contributing factor to Russell’s better form as the two cars are running varied setups to try and combat the issue.

“The focus, at the team, at the moment, they’re not racing each other at all,” he told VegasInsider. “They’re just trying to figure out the car. And I bet you they’re trying different setups and different things.

“If they struggle on a weekend and it’s terrible, they’ll be like, ‘okay, we move on to the next one.'”

Montoya also believes Russell’s experience at the back of the field with Williams is helping him to overcome some of the problems he and the team are facing.

“Lewis is struggling and people are like – ‘it really shows it was just the car, look how good George is’.

“I’m a big fan of George, I really like Lewis as well. I think the biggest difference is that you got to remember, George has been in Williams for the past three-four seasons. So, he’s been in the melee every weekend. Like he is ‘traffic, traffic’ and racing people all day.

“And Lewis, the last seven-eight seasons, he’s been cruising by himself every weekend. He hasn’t really raced people because when he gets to lap them, everybody needs to get out of the way.

“All of a sudden he’s stuck in traffic and it doesn’t matter how good you are, if you don’t practice it, it’s hard.”

However it something Montoya believes Hamilton will get on top of; “It doesn’t mean he’s [Hamilton] worse, it’s just going to take him more time to figure it out.

“Did he forget how to drive? No, that doesn’t happen. You don’t forget overnight. He’s just not happy with the car.”