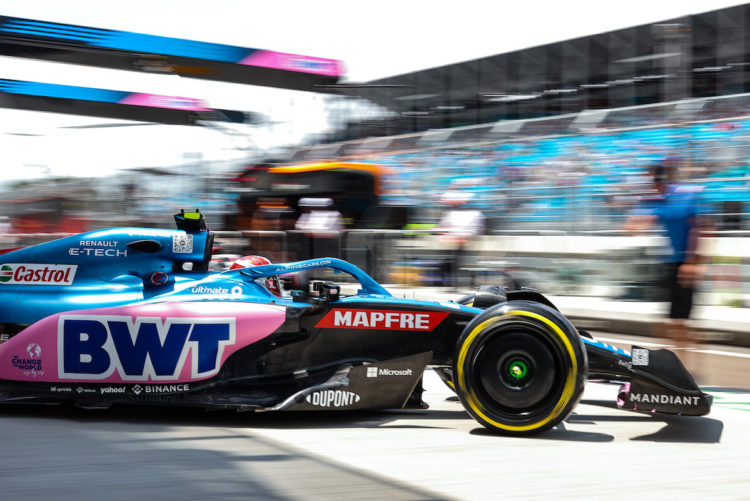 Esteban Ocon has received a non-driving reprimand following an incident with George Russell in the early stages of FP1 in Miami.

Ocon was released from his pit garage but was sent into the path of Russell, who was already travelling down the pit lane.

Russell was forced to brake sharply in order to avoid contact with the Alpine driver, leaving the Briton frustrated over team radio.

The incident didn’t go unpunished by the FIA, who opted to issue Ocon with his first reprimand of the 2022 Formula 1 season.

A statement from the stewards reads: “Car 31 was released from the garage, then the mechanic, noticing the approach of Car 63, signalled the driver to stop.

“However, the driver was focused on entering the fast lane (as this was the first lap of practice) and did not see the signal to stop.

“Accordingly, this is deemed a breach of the regulations for which the driver is responsible and therefore a reprimand is imposed.

“Based on the case of Sainz in Bahrain 2022, this is regarded as a non-driving reprimand.”

Drivers who receive five reprimands during a season will be handed a 10-place grid penalty for the next applicable race.

However, this punishment will only be enforced if four of the reprimands are for driving offences.