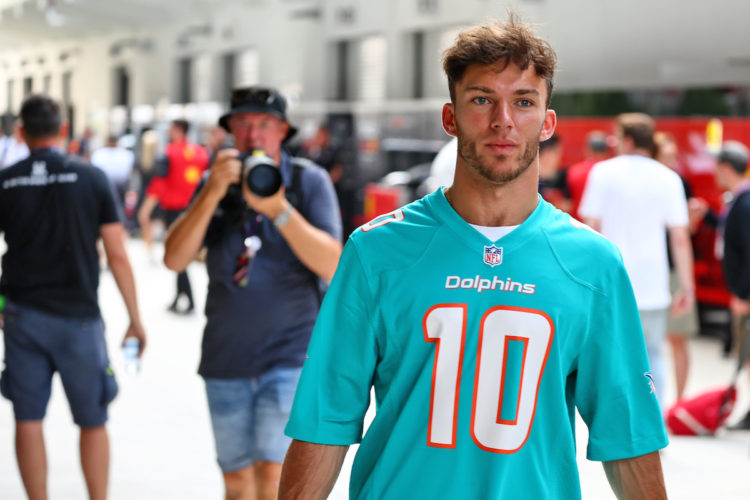 AlphaTauri’s Pierre Gasly says that the build up to this weekend’s Miami Grand Prix has left the event to feel like Formula 1’s own Super Bowl.

The sport will race in the Florida city for the first time on Sunday, on a circuit that has been built around the Hard Rock Café football stadium.

The affair has received mass interest from sponsors and fans alike, with the race now listed as a sold out event.

Gasly has likened the race weekend to the NFL Super Bowl, which is consistently of the biggest annual sporting events worldwide.

“I must say I’ve never had anything like this. At the same time, I’m very excited.

“It’s the first time, especially after the last two years with Covid, it was impossible to have this sort of marketing, communication, big events with the fans and people.

“On Wednesday, I’ve never seen a Wednesday in F1 where people show up at the track in the way they did. There’s been a massive build up to it. I always use that energy around as well to build myself up so.

“Since I arrived on Monday night, from the airport onwards, everywhere we go, everyone is talking about the race.

“Everybody is asking to come to the race three days before the event which obviously is impossible!

“I know a lot of people that are coming to Miami, they don’t have tickets but they just want to be in Miami because this is happening. It’s really a very, very special feeling about this race.”

Free practice from Miami will get underway at 14:30PM local time on Friday.