FIA’s clampdown on underwear and jewellery set for Miami GP 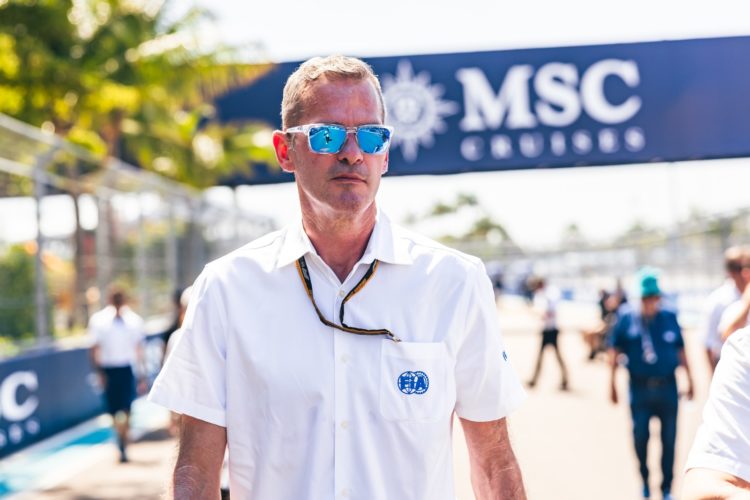 Formula 1 teams’ scrutineering forms have been amended from the Miami Grand Prix to ensure that drivers are wearing compliant underwear and not wearing jewellery.

Race Director Niels Wittich reminded drivers in Australia of the regulations in the International Sporting Code concerning clothing – and jewellery – that does not comply with stringent safety standards.

It was understood that some drivers were wearing personal pieces of underwear beneath their fireproof overalls, while others were driving while wearing jewellery.

It was believed at the time that Wittich had given drivers a grace period to make alternative arrangements and on Thursday in Miami his pre-event notes outlined that drivers must comply with the regulations.

Teams submit scrutineering forms ahead of each grand prix weekend and they must now affirm that drivers are not in breach of the regulations.

Wittich reminded teams that “drivers and co-drivers participating in the championships listed below must wear overalls as well as gloves (optional for co-drivers), long underwear, a balaclava, socks and shoes homologated to the FIA 8856-2018 standard (Technical List No 74).”

It was outlined that “the use of synthetic, non-flameproof materials in contact with the driver’s skin is not authorised” and that “the wearing of jewellery in the form of body piercing or metal neck chains is prohibited during the competition and may therefore be checked before the start.”

Wittich went on to provide further explanation for the ban on non-compliant clothing and the donning of jewellery.

“The use of non-flameproof materials in contact with the driver’s skin, and in particular synthetic materials, can reduce heat transmission protection and thus increase the risk of burn injuries in the event of a fire,” he wrote.

“In the worst case such materials may melt which can hinder treatment in the event of a burn injury.

“The wearing of jewellery underneath the required flameproof clothing can reduce the protection afforded by this equipment.

“Metallic objects, such as jewellery, in contact with the skin can reduce heat transmission protection and thus may increase the risk of burn injuries in the event of a fire.

“The wearing of jewellery during the competition can hinder both medical interventions as well as subsequent diagnosis and treatment should it be required following an accident.

“The presence of jewellery can slow, due to the risk of “snagging”, the emergency removal of driver safety equipment such as helmet, balaclava, and overalls.

“In the case that medical imaging is required to inform diagnosis following an accident the presence of jewellery on the body can cause significant complication and delay.

“In the worst case the presence of jewellery during imaging may cause further injury. Jewellery in and/or around the airway can pose specific additional risks should it become dislodged during an accident and either ingested or inhaled.”