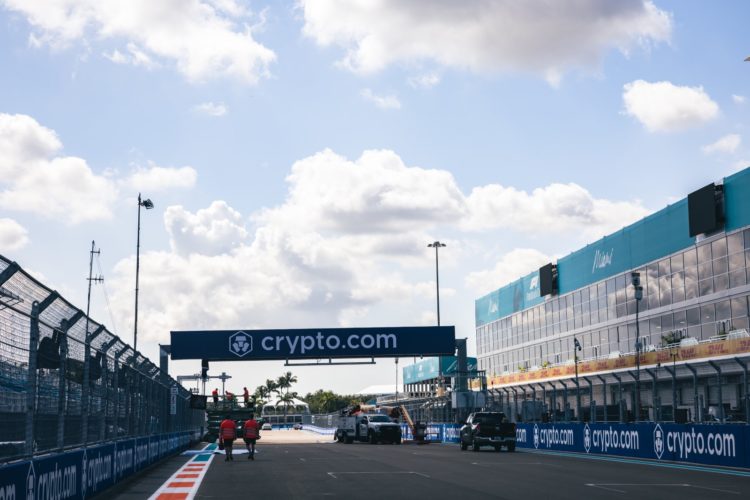 The FIA has outlined the locations for the DRS zones that will be available to drivers at this weekend’s inaugural Miami Grand Prix.

A 19-turn circuit has been constructed around the grounds of the Hard Rock Stadium in Miami Gardens and this weekend’s race is the first of a 10-year contract.

The second DRS zone will begin 450 metres after the exit of the tight left-hander at Turn 16, which leads onto the 1.2km back straight.

The detection point for that zone will be placed 70 metres after Turn 16.

The final zone will be located along the start/finish straight with its activation point on the apex of the final corner.

The detection point for the outlined zone will be 15 metres after the apex of the Turn 17 hairpin.

Practice is due to begin in Miami on Friday afternoon.