Alpine confirms Ocon will have upgraded floor in Miami 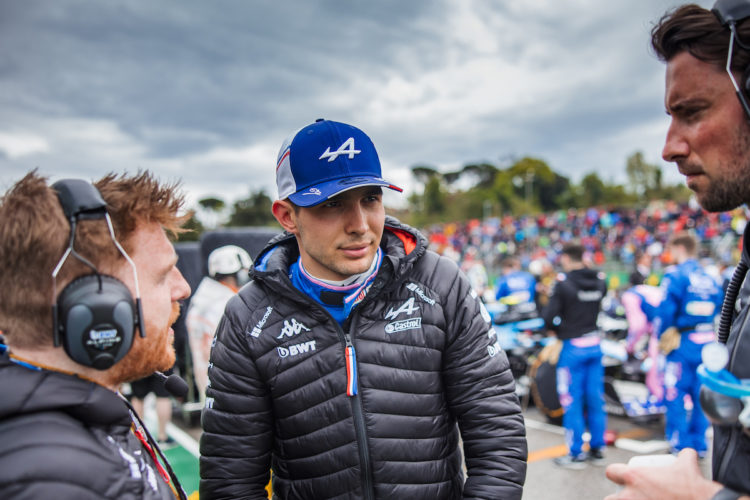 The Alpine Formula 1 team has confirmed that both of its cars will run the updated floor at the Miami Grand Prix this weekend.

The upgraded part was introduced last time out in Imola, however only Fernando Alonso received the floor.

Alonso was forced to retire from the grand prix after sustaining damage early on following contact with Haas’ Mick Schumacher.

However, the team was able to gather enough data throughout the weekend to convince it that the new floor has been a positive addition to the A522 car.

And for the fifth round of the 2022 campaign in Miami, Ocon will run the part as well as Alonso.

“The upgrades we brought to the A522 worked as expected in Imola, which is a great sign that the hard work behind the scenes at the factory is paying off, especially in developing and validating these aerodynamic updates,” said Team Principal Otmar Szafnauer.

“As a result of those efforts, the new spec floor we had on Fernando’s car will be on both cars this weekend.

“Although Fernando’s floor suffered significant damage in the race because of the first lap incident with Mick [Schumacher], we were able to recover the part and make the necessary repairs.

“It’s great that both cars have the upgrade, which performed to expectations.

“There’s more to come in the coming races in this very important and intense development race.”

Although Ocon managed to finish the race at Imola, he crossed the line in 14th place, bringing an end to his run of top 10 finishes that stretches back to last year’s Sao Paulo Grand Prix.

Having failed to reach the points last time out, Ocon says the disappointing result will serve as motivation for the team in Miami.

“Imola was a frustrating weekend for the team,” he said. “It is clear that there are areas we must improve on.

“The first three races were good for me and not being in the points in Italy will serve as further motivation for everyone to bounce back in Miami.

“The whole team is looking forward to it and we know if we do things right, we will be able to extract the potential we know this car has, and deliver the results we are capable of.”