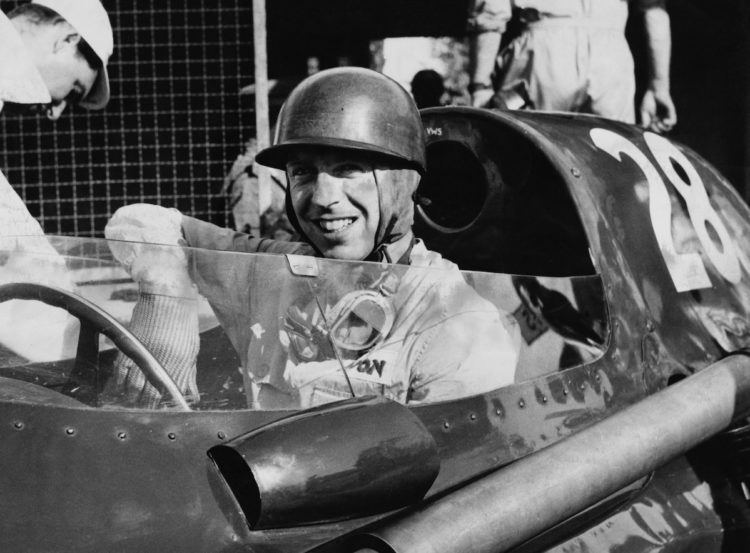 Tony Brooks, the six-time Formula 1 grand prix winner, has died at the age of 90.

The news was delivered on Tuesday by the Goodwood Revival Twitter account: “We are sad to announce the passing of Tony Brooks, the last surviving Grand Prix winner from the 1950s.

“Known as the ‘Racing Dentist’, he was one of the greatest drivers never to have been World Champion despite six GP wins. Our thoughts are with his family.”

Brooks was born in 1932 in Dukinfield, England, and studied to be a dentist, following his father into the medical industry.

Brooks made his F1 bow at the 1956 Monaco Grand Prix with BRM but failed to start the race. He would compete later in the year in Great Britain, before claiming his first podium at the 1957 race at Monaco with Vanwall.

Later that year he won his first race, and followed it up with three grand prix wins in 1958.

Brooks finished the 1958 season third in the Drivers’ Championship, before moving to Ferrari in 1959.

Two victories and two further podiums saw him end the 1959 campaign in the runners-up position, behind Champion Jack Brabham.

After competing in the 1960 and 1961 seasons, Brooks ended his F1 career, claiming a third-place finish at his final race in the USA.

F1 CEO Stefano Domenicali also paid tribute to Brooks, saying: “I was saddened to hear the news that Tony Brooks has died.

“He was part of a special group of drivers who were pioneers and pushed the boundaries at a time of great risk.

“He will be missed and our thoughts are with his family at this time.”