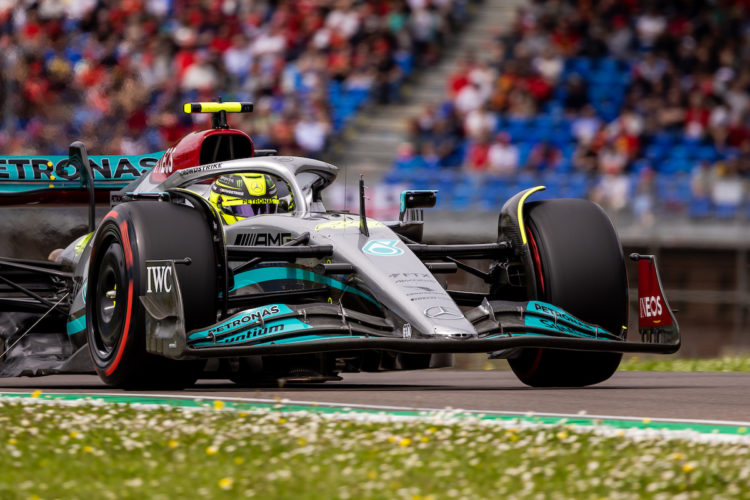 Mercedes has discovered “several directions” to improve the pace of its 2022 Formula 1 car, according to its team boss Toto Wolff.

The reigning Constructors’ Champions have endured a difficult start to the new season, competing at best as the third fastest team.

However, last time out at the Emilia Romagna Grand Prix, Lewis Hamilton failed to score points, leaving Wolff to describe the race as a low for the car’s performance.

Mercedes has been suffering from severe porpoising this year, with the car bouncing heavily on the straights.

The issue has been hampering Mercedes’ pace, but ahead of this weekend’s Miami Grand Prix, Wolff says that Mercedes has uncovered a number of avenues to explore with development.

“Since we returned from Italy, we’ve learned as much from the weekend as we can and, in parallel, our learning has continued in the wind tunnel and simulations,” Wolff said.

“We have found several directions for improving the car, and we will be conducting experiments in Miami to correlate those simulations, and hopefully confirm the development path for the coming races.

“Both drivers have been working in the simulator ahead of Miami and the factories have been busy producing updates for the next races.

“The saying ‘smooth seas do not make good sailors’ comes to mind.

“This team has shown its resilience over many years and the difficult start to this season has lit a fire within every team member, determined to put it right.”

The upcoming race in Miami will be the first of two races in the United States this year, with Austin hosting its event in October.

Previewing the weekend, Wolff added: “Miami is an exciting new challenge and a complete step into the unknown.

“The track looks demanding, with a real mix of low and high-speed corners, and it’s set to be a spectacular showcase for the sport to our growing US fanbase.

“So, we’re set for a fantastic event, and we can’t wait to see how it all plays out.”