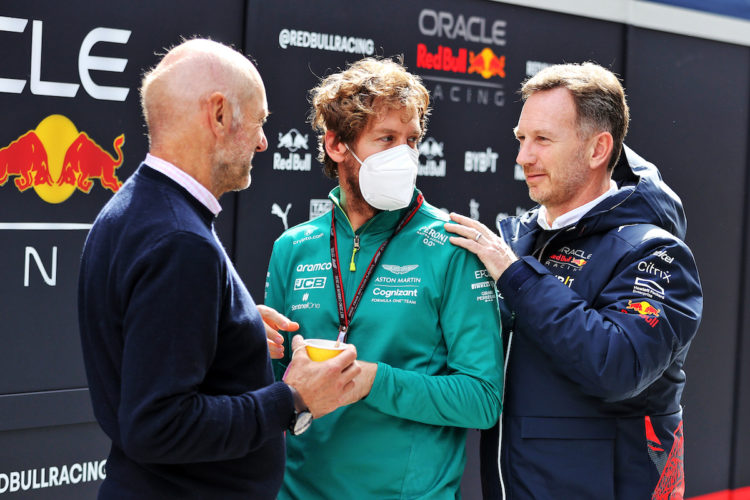 Sebastian Vettel has denied rumours that he has been talking to Red Bull over a potential return to the team.

Vettel raced for Red Bull from 2009 to 2014, winning four World Championships with the energy drink-backed team in that stretch.

At the start of 2015, Vettel transferred to Ferrari, before joining Aston Martin in 2021.

Red Bull currently has reigning World Champion Max Verstappen under contract for several years, however Sergio Perez’s deal expires at the end of 2022.

Vettel, too, also sees his contract end at the conclusion of the current season.

But the German has clarified that he has not spoken with Red Bull’s team boss Christian Horner regarding a potential return to the team in the near future.

“I haven’t spoken with Christian for a while,” Vettel said. “So, not true. I don’t know, I mean, time will tell.”

Aston Martin has endured a difficult start to the 2022 campaign, and was the last team on the grid to score points this year at the Emilia Romagna Grand Prix over one week ago.

With his future in F1 uncertain, Vettel asserts that his primary focus is to help Aston Martin progress up the field.

“At the minute I think the focus is on the now and on a mountain ahead of us that we try to climb,” he said.

“We won’t climb it in the day, we won’t climate in the month, but we will choose the path that we climb, which will determine the next three to four years.

“So that’s why I feel it’s really important to focus on that. And it takes all the attention. And then, I don’t know, one day there will be a day for all of us where this journey ends and some other journey will start, whatever that might be.

“I am I’m not sure… I definitely won’t sit on the other side, in terms of asking questions to drivers! I don’t think that will be my strength.”