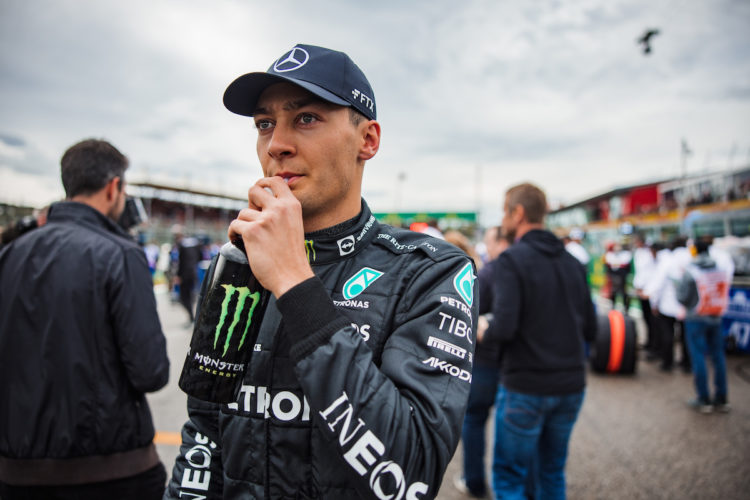 Russell joined F1 in 2019 and raced with Williams for three years, before moving to Mercedes at the start of 2022.

For most of Russell’s stint with Williams, the team was competing towards the back of the field, while Mercedes was fighting for and winning Championships.

However, Mercedes has begun the 2022 campaign on the back foot, and has been at best the third-fastest team in the field.

Russell thinks the challenging cars that he had during his time at Williams has helped him adapt to Mercedes’ current difficulties.

“It’s just been difficult, really difficult position for us as a team,” Russell said.

“Perhaps with my struggles at Williams driving very difficult cars, maybe that’s helped in some small regard.

“And it’s Q1 and Q2 now for us is massively important whereas previously for Mercedes that was a breeze, it was almost like a build-up session getting ready for Q3.”

Russell’s team-mate Lewis Hamilton failed to score points at last weekend’s Emilia Romagna Grand Prix, while he walked away from the outing in Saudi Arabia with a 10th place finish.

However, Russell has backed Hamilton to bounce back: “Lewis is going to come back incredibly strong, I have no doubt. He’s definitely going to push me all the way.”

Russell has scored top-five results at the opening four rounds this year, providing him faith that with car upgrades, he will be able to challenge further up the field.

“I think in terms of results we’re definitely getting the most out of it and things have definitely fell our way in these first four races,” he said.

“It gives me and I’m sure it gives the team confidence that when the car improves, we’ll be there to get even more points on the board.

“But as I said before this weekend, we can’t sustain this level of these results if we’re in the pace where we are.”