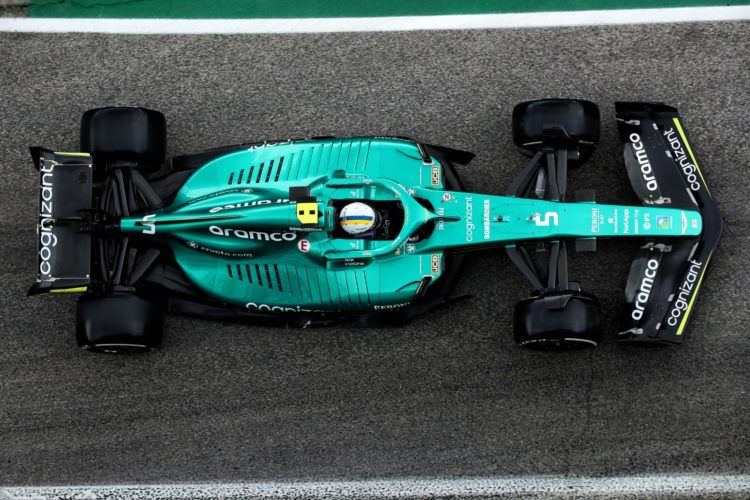 Sebastian Vettel says he has become more appreciative of the effort that goes into Formula 1 up and down the grid amid Aston Martin’s early 2022 struggles.

Vettel has spent the majority of his career with front-running teams, claiming four titles at Red Bull, before spending several race-winning seasons at Ferrari.

Aston Martin endured a torrid start to the year with its uncompetitive AMR22, reaching a nadir in Australia with a spate of setbacks and accidents, including two for Vettel, who began his season at the event following his Covid-enforced absence from the opening two rounds.

But Aston Martin returned to the points-paying positions at the Emilia Romagna Grand Prix as Vettel raced to eighth place while team-mate Lance Stroll rounded out the top 10.

The result lifted Aston Martin off the bottom of the Constructors’ Championship, to ninth spot, at the expense of Williams.

“You work your arse off and when you have a good package it’s easy to score good results,” said Vettel. “And then it’s about perfection to deliver the perfect result.

“But you know, the work that goes into the back of the field which, to be honest, for many years, I did not appreciate as much because I wasn’t there, but it’s the same work that goes in from all the people in the team.

“It’s even harder because you don’t get any cookie or reward after the race so to try and make your dog jump without a cookie to please him afterwards, it’s hard!

“So it’s good for them. And yeah, I’m happy for the team and good to get both cars in the points.”

Vettel nonetheless described Aston Martin’s AMR22 as “a handful” to drive at Imola.

“We didn’t put anything on for performance,” Vettel said. “We suffered an issue with the steering feeling. And we were able to improve it slightly for this race. But yeah, it’s still a handful.

“I think if you watch the onboard our car is very difficult to drive and even down the straights, you need to be focused. So yeah, it’s what it is.”