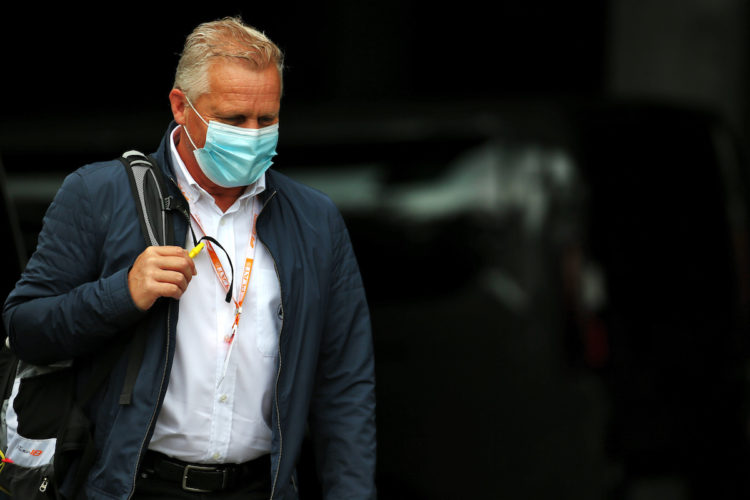 Hamilton endured a difficult race running outside the top 10, eventually crossing the line in 13th place, one lap down on race-winner Max Verstappen.

It was labelled by Mercedes as a “low” for the car’s performance, which has failed to compete at the front of the field across the opening four grands prix of the season.

Mercedes has largely been struggling with severe bouncing on the straights, known as porpoising, which is forcing it to raise the car’s ride height to minimise its intensity on the straights.

Speaking after the grand prix in Imola, Marko stated: “I mean, he was lapped by us, so maybe he should have stopped last year.”

In 2021, Hamilton was involved in an intense title fight with Verstappen, with a heated rivalry also forming between the Red Bull and Mercedes camps.

The campaign ended in a questionable manner, with Verstappen overtaking Hamilton for the title on the final lap of the grand prix amid a controversial Safety Car restart.

Speaking to Sky Sports News, Herbert took aim at Marko for his comment: “What a cheap shot – typical Helmut Marko and Red Bull, to be honest.

“After everything that happened last year – what a battle there was between Max and Lewis, and of course Red Bull and Mercedes.

“So it just shows he was on fire at the end of last year. Would they [Red Bull] want him in their car? Yes, they would.

“But they know he’s a big threat to them once Mercedes get everything together and start battling for those race wins again.”