Vettel: Points at Imola like a victory for Aston Martin 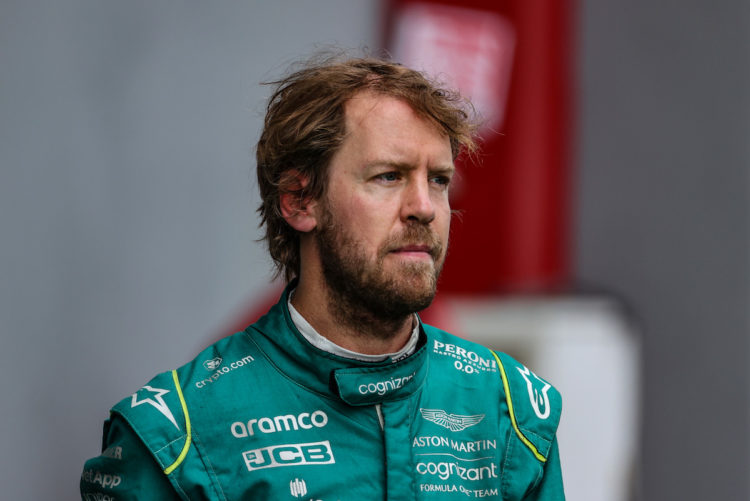 Sebastian Vettel says Aston Martin’s double points finish at the Emilia Romagna Grand Prix was “like a victory” for the team.

Entering the round, Aston Martin was the only outfit that had not yet scored a point in the 2022 Formula 1 Championship.

However, Vettel crossed the line in eighth place, while team-mate Lance Stroll was two positions behind in 10th, marking the team’s first points since last year’s grand prix in Qatar.

It has also been elevated up to ninth in the standings, as Williams has scored just a single 10th place finish across the opening four rounds.

With Aston Martin struggling to start the 2022 campaign, Vettel likened the result at Imola to a race win for the team.

“It’s like a victory. You know, we have to be honest, we are not the fastest at the minute,” Vettel said.

“I think we are pretty much at the other side of the field. But we did really well, the weekend helped us with the conditions but we managed to capitalise.

“I think we did a great job on calling for the dries and everybody else then I think copied what we did. So I was happy to go even a lap before or two.

“So yeah, it was really, I think, really good. And obviously, no chance to hold Charles off in the end he’s like four seconds faster, three seconds faster.

“If you told us that we are fighting a Ferrari with four laps to go before the race I would have would have taken it!”

Despite having spent a majority of his F1 career competing for podiums and victories, Vettel added that he’s “driven a lot of races where I finished on the podium and I’ve done a worse race”.