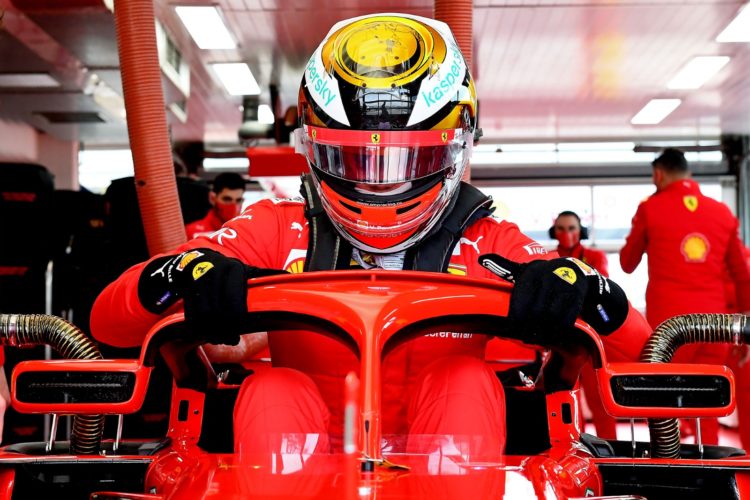 Robert Shwartzman is still set to carry out test duties for Ferrari in Formula 1 this season but will do so using a non-Russian license.

Russian driver Shwartzman has been affiliated with Ferrari since 2017, during which spell he has won the Formula 3 title and finished runner-up in the Formula 2 championship.

Shwartzman this year stepped up to the role of Ferrari’s test driver in Formula 1.

He previously tested its Formula 1 machinery at the end of year gatherings in 2020 and 2021, and also received a run out with Haas at the end of last season.

Under new regulations each team must run a driver without race experience for two practice sessions in 2022, with Ferrari outlining pre-season that Shwartzman would fill that role.

But since Russia’s invasion of Ukraine its drivers have had to compete under a neutral flag.

This has been most prominent in Formula 3, where Alexander Smolyar continues to compete under the neutral flag approved by the FIA.

Ferrari boss Mattia Binotto outlined that Shwartzman “has got an Israeli passport, and in terms of license, it’s not a Russian one,” referring to his birth in Israel.

“He was in agreement as well with Russian companies that he interrupted his, let me say, any agreement he got with those companies.”

Shwartzman previously received backing from SMP Racing, which was funded by SMP Bank founder Boris Rotenberg, who has since been sanctioned by the UK, US and EU following the war.

Binotto asserted that Shwartzman “is still out test driver and he will remain that.

No Formula 1 team has yet run a young driver during a practice session in 2022.