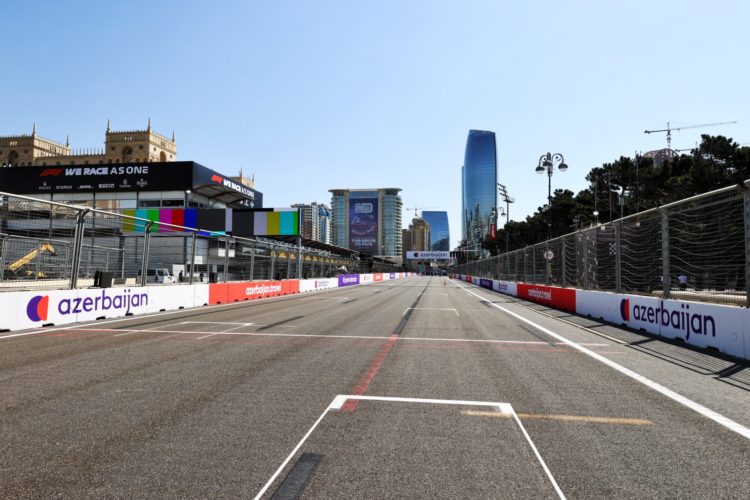 The boss of Azerbaijan’s Formula 1 venue says recent additions to the calendar do not add any pressure to his event due to their location.

Azerbaijan joined Formula 1’s calendar in 2016 with a city-based event around the streets of Baku.

Since Baku’s arrival Formula 1 has introduced another street-style round in Saudi Arabia, while Miami will debut next week, and Las Vegas will join in 2023.

Azerbaijan has a contract through 2024 but dismissed suggestions that its place could be under threat long-term.

“You can see there is more demand from cities to host a Grand Prix,” said Baku City Circuit Executive Director Arif Rahimov.

“I think that actually puts more of a challenge on the teams than the promoters because the number of races is likely to rise as a result.

“We don’t feel any pressure because we have no competition with other races in our region.

“If you have three Grands Prix in one country, like the USA, or four countries in the Middle East vying for a place then that’s where you’ll more likely see pressure in hosting.”

Several new additions to the circuit in recent years – such as Qatar and Saudi Arabia, as well as 2023 debutant Las Vegas – have run as night events, but Rahimov ruled out Azerbaijan adopting that approach.

“To be honest, I don’t think we need to change a lot. We are happy with the layout of the circuit — it’s challenging, exciting and as we said, showcases the city of Baku really well.

“For the same reason we’re not interested in holding the race at night, as we want people to see the beautiful city we have in Azerbaijan.”