Albon hails Imola display as ‘just as good as Melbourne’ 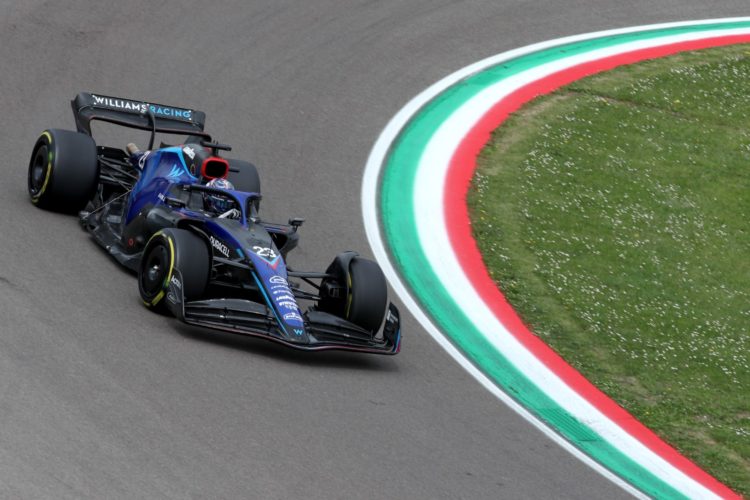 Alexander Albon praised Williams’ opportunism after only narrowly missing the opportunity to add to his and the team’s points tally at Imola.

Albon scored a point in Australia after running an unusual strategy in which he stayed out on Hard tyres for much of the race before pitting during the closing laps.

Albon was subsequently one of the first drivers to switch from Intermediates to dry tyres and managed to undercut Lewis Hamilton and Pierre Gasly.

He crossed the line in 12th but was promoted to 11th following Esteban Ocon’s time penalty for an unsafe release.

“It feels good, I feel like the race went just as good as Melbourne to some extent,” he said.

“We didn’t have the tyre advantage or pace advantage we did over there but we made the most of our opportunities, got the undercut and overtook a couple of cars.

“Once everyone found their rhythm that was it and I was holding pace, trying to keep Pierre behind – I’m sure he was sick of me!”

Albon also felt that the relatively late activation of DRS cost him as “we had six or seven laps where we were faster than the cars ahead and, with our downforce levels, we could have got past straightaway.”

Albon expressed optimism that Williams’ speed – and opportunism – at the last two events means it can compete for points across the rest of the year.

“It feels good, we’re not quite there on car pace but we seem to be making the most of our opportunities,” he said.

“If we can find a few tenths out of the car I see us scoring points at other races.

“It’s a raceable car, we don’t do it [run a low-downforce set-up] for no reason; we can overtake when we’re quick and defend when we’re slow.

“We’re in a good position, and once updates come to the car we can get more points.”