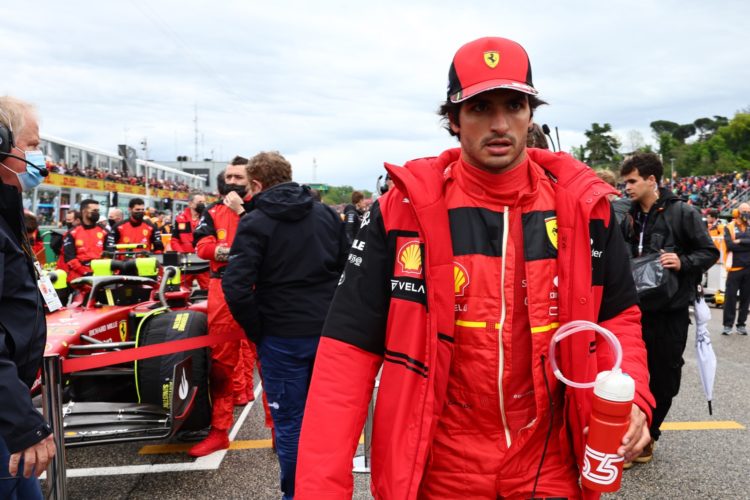 Carlos Sainz says he can draw on his experience of slow starts to Formula 1 seasons and will “stay patient” following a second successive failure to finish.

Sainz spun off on the second lap in Australia and, having recovered to fourth on the grid following a Q2 crash in Italy, was involved in a first-lap clash with McLaren’s Daniel Ricciardo.

Sainz was left in the gravel, and out of the race, with Ricciardo later apologising for his role in the collision.

It leaves Sainz fifth in the championship, 48 points behind Ferrari team-mate Charles Leclerc.

In 2019 he failed to score in the first three races, before going on to take a midfield-leading sixth in the standings, while in 2020 he also endured misfortune that compromised his results.

“I think both years in McLaren I had a very tough start to the season and then I had a very good three quarters after that if you want to put a fraction on it,” said Sainz. “I think it’s part of life, part of the sport.

“I’m confident that it can turn around very quickly, these last two weekends in Australia and Imola the speed has been there and I have been feeling fairly confident, or a step more confident on the car, and quicker.

“I think as soon as the string of bad luck finishes, the good moments are about to come.

“History has proven to me many times that this is the case in this sport. I just need to stay patient, stay calm in my head. And it will come.”

Sainz was left to rue the result but outlined that losing substantial track time with the F1-75 for a second straight race was more frustrating.

“Two completely different incidents with very similar outcomes, which means you end up not doing any of the 60 laps of the race, which at the moment for me would be very useful,” he said.

“The result doesn’t even hurt that much if you compare it to losing so much track time and losing so many laps in this car, I haven’t been able to race.

“It’s tougher but hopefully we can get them done nice and early in the season and we can start focusing on the rest of the year.”