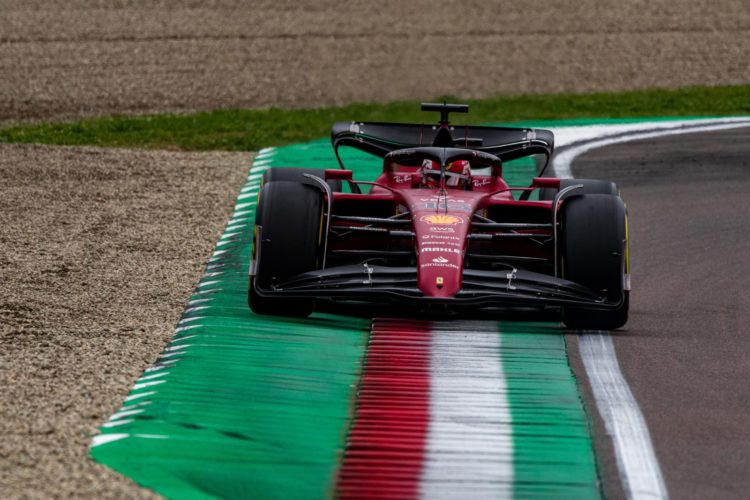 Ferrari lacked the overall pace to challenge Max Verstappen for victory but Leclerc remained within sight of second-placed Sergio Perez for much of the race.

Ferrari brought in Leclerc for a second stop, taking on Soft tyres, which prompted Red Bull to react with Perez on the following lap.

That enabled Leclerc to close on Perez but in his pursuit of the runner-up spot he took too much kerb at the Gresini chicane and spun into the barriers.

Leclerc tumbled to ninth following a pit stop to assess the damage and eventually recovered to sixth place, with his title advantage over Verstappen reduced to 27 points, while Ferrari’s Constructors’ lead over Red Bull was cut to 11 points.

“I think as well at that time maybe of the race the pace with Perez was very, very similar or slightly better,” said Binotto.

“We believed there wasn’t an opportunity for us to attack and overtake Perez with those tyres anymore so we did those pit stops, tried to hope that they would have stopped as well which was the case.

“We saw there could have been an opportunity and possibility and went for it.

“I think there will never be regrets as a driver to push. I think that’s part of our job, it’s part of their job, to try and drive to the limit. Obviously, mistakes, they happen.

“I think these cars on the kerbs are a lot more stiffer and somehow if you make a small mistake you’re paying for it quite a lot. No regrets. I think we made the right choice and that’s it.”

Binotto played down suggestions that Ferrari and Leclerc felt the raised pressure due to competing on home soil.

“Certainly the expectations were very high here in Italy and we tried to calm them down,” he said.

“Obviously fighting for the best positions, he knows that he’s leading the championship. When I was hearing him on the radio during the race itself, the start he was very calm and I think the way he was managing it was certainly with not feeling the pressure itself.

“I think it has been a genuine mistake. It may always happen, a small mistake which cost him some positions and I am pretty sure that he’s aware of that so that’s good enough.”