Alonso: Unbelievable to have only scored two points 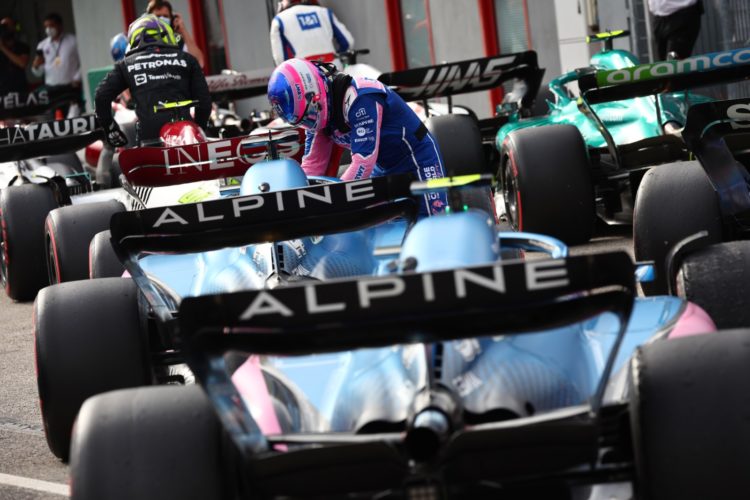 Fernando Alonso says it is “unbelievable” that he has so far scored only two points in the 2022 Formula 1 championship.

Alonso picked up ninth at the season-opener in Bahrain but has not yet added to his tally.

Alonso retired in Saudi Arabia due to a water pump issue before demonstrating strong pace in qualifying in Australia until a hydraulics problem left him in the barriers.

Alonso classified ninth in Sprint at Imola – one place out of the points – and was brushed by Mick Schumacher on the opening lap of the race.

That caused damage to the floor and sidepod of Alonso’s Alpine A522 and he was brought in to retire the car after chunks of bodywork detached from the car.

“I didn’t see him so much but Mick spun unfortunately and touched my car and destroyed completely the right-hand side of the bodywork and floor, too much damage to keep racing,” he said.

“Another time out of our control, we lost another race. We are extremely unlucky in this part of the championship, hopefully we can recover.

“The car seems quite fast this year and it is unbelievable we have only two points in the championship as that is a little bit unfair at the moment.”

Alpine’s prospects were further compromised due to Esteban Ocon’s gearbox issue in qualifying that left him 19th on the grid.

Ocon made gains through the race and finished in 11th but was relegated to 14th due to incurring a time penalty for an unsafe release.

It brought Alpine’s run of points-scoring events to a conclusion.

“Plain and simple, this weekend was a disappointing one for the team and it’s the first race of the season where we leave without scoring points,” said CEO Laurent Rossi.

“We must make sure this does not happen again this year as we have much stronger potential than that.

“As a team there are many areas we must improve, and we must also eradicate errors quickly if we are to achieve our ambitious goals.”