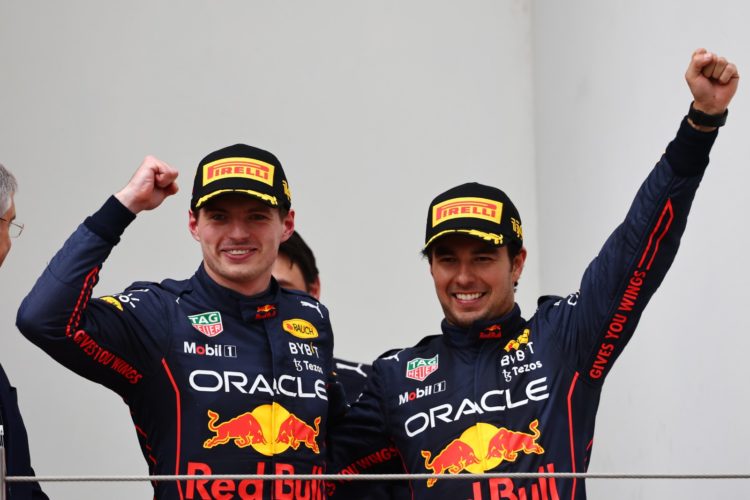 World Champion Max Verstappen described Red Bull’s outcome at Imola as “incredible” after picking up a maximum haul of points for the first time in six years.

Verstappen dominated the weekend to pick up all 34 points on offer and in the process reduced Charles Leclerc’s title advantage to 27.

It ensured Red Bull took 58 of the 59 points on offer across the course of the weekend.

“Of course, Melbourne wasn’t great for us, and the start of the season in general wasn’t amazing,” said Verstappen.

“So we needed a good weekend. I didn’t expect it to be like this, but of course, when you have a weekend, at the end of the day, like this, that’s incredible. I mean, a one-two for the team, but also maximum points scored.

“And also, the way I think we handled the race. You know, we didn’t really make any mistakes, I think we made the right calls with switching from the inters to the slicks, and from there onwards we just controlled the race.

“Of course, it seemed probably easy on the TV, but you still have to be focused, especially also with backmarkers. It’s easy when you’re off-line to lock up or go through a wet patch and go off track. So yeah, just manage that.

“But the car was handling really well. Of course, we saw that already in Sprint Qualifying that we had good pace in the car. And we could look after our tyres probably quite nicely. So, yeah, a very positive weekend.”