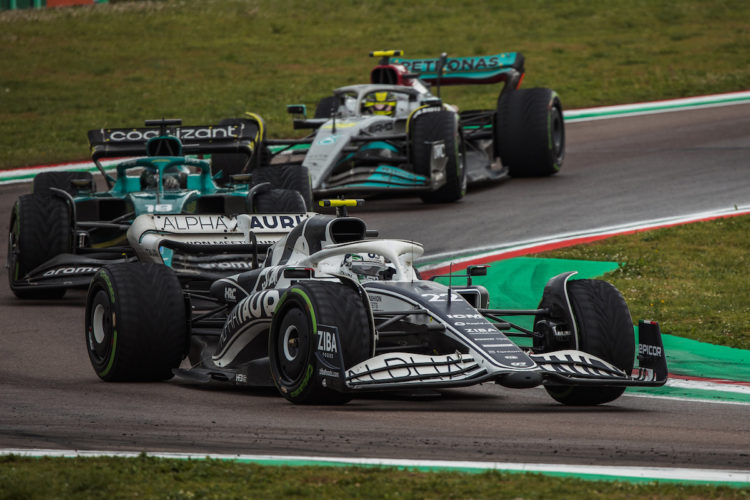 Yuki Tsunoda admits he wasn’t expecting to have such a competitive AlphaTauri car underneath him at the Emilia Grand Prix on Sunday.

The 21-year-old scored the team’s best result of the season to date, crossing the line in seventh place, having made overtakes late on in the race.

It marked his second top 10 result from the opening four races to the 2022 Formula 1 season – however the Japanese driver admits that he wasn’t expecting such strong pace, having dropped out of Friday’s qualifying session in Q1.

“The car was really good. We didn’t expect it to be that good, especially compared to Australia,” he said.

“We made really good progress through the weekend and I’m happy with what I did today.

“That was my main goal, that I try to achieve points in front of the people who came from the factory.

“Also the people watching at the factory, the amount of work they’ve done since the beginning of the season.

“I’m happy that I said thank you with the driving, and [hopefully] we keep it like this.”

Tsunoda’s team-mate Pierre Gasly failed to score points in Imola, having been stuck behind the Williams of Alexander Albon for much of the race.

Gasly also headed Lewis Hamilton on the track, however even with DRS, neither of the two could make progress up the order.

“It was pretty much the entire race, [I had] a pretty big Mercedes in my mirror,” Gasly said.

“I tried everything [to overtake Albon] but even with the DRS we were not able to catch that Williams. Quite frustrating but we know when we start from the back it will be difficult.”