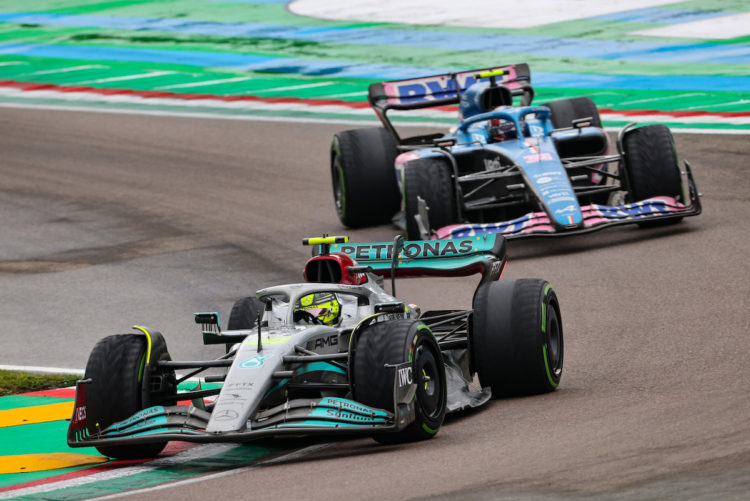 Hamilton started the race from 14th on the grid, but couldn’t progress up the order through the race, and crossed the line in 13th.

The grand prix weekend was another difficult showing for Mercedes, who has started the 2022 campaign down on its usual front-running pace.

However, Wolff denies that the race was Hamilton’s career low, highlighting that previous multi-champions have been through difficult circumstances during their careers.

“Well, you know, I have to protect him,” Wolff said after Sunday’s race. “It’s not his low. It’s the low of the car performance.

“We know that he is a seven-time World Champion, he caught up last year and nearly fought for the Championship while it was lost Saturday of Brazil.

“The guy is the best driver in the world and he is not having a machine and equipment underneath him to be able to execute.

“It is even irrelevant whether you come 8th, 12th, 15th, doesn’t matter, it’s all bad. But the real stars, they have recovered.

“There is none out of the really great ones that come into my mind that didn’t have certain moments in their careers that things didn’t run properly.

“That is the case now with him since a long time, he’s going to help the team to sort themselves out and we are sticking together through good and bad times and today certainly was a very bad day.”

Mercedes has suffered from severe bouncing on the straights, known as porpoising, across the opening stages of the season, while tyre warm-up also hampered it in Imola.

Wolff says that the porpoising was so severe in the race that he wondered if both Hamilton and team-mate George Russell would stay on the road.

“Just the car was undriveable in the way it was undrivable,” he said.

“You see the bouncing on the main straight, I wonder how the two of them can even keep the car on the track at times. Lewis deserves better from us.

“But we are a team so we all need to do the utmost in order to provide him with a machine that is able to fight for front positions.” 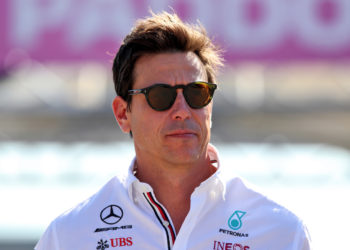