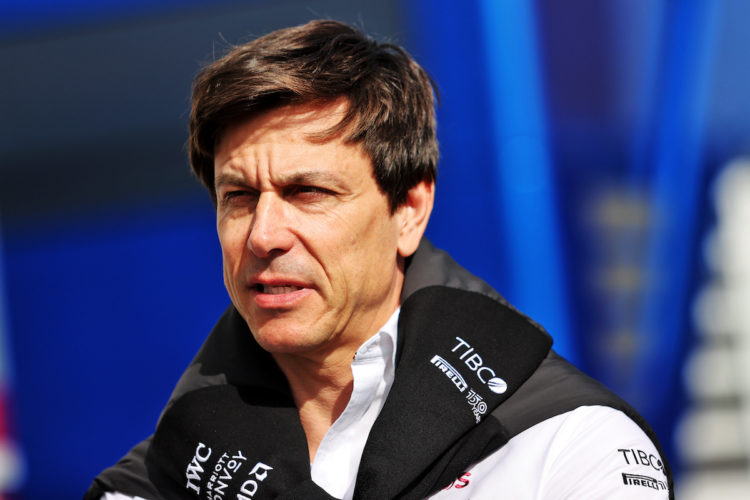 Mercedes team boss Toto Wolff has commented on the exchange he had with Lewis Hamilton following qualifying in Imola on Friday.

Hamilton, along with team-mate George Russell, was eliminated in Q2 as Mercedes failed to make an appearance in the top 10 shootout for the first time since 2012.

As Hamilton climbed out of his car with time still on the clock, he approached Wolff who appeared to be heated in his expression.

Wolff denied that there is any friction between the two, stating that there is shared anger within the team due to its results this year being down on its usual standards.

“It’s quite funny how it is being interpreted,” Wolff said. “Lewis and I shared frustration that we weren’t really able to extract lap one performance and how annoying it was.

“But it was the same point of view and sheer anger. No, there is no division or blaming or anything like that.

“There is pressure in the system, but I would say the necessary pressure to get things right.

“Nobody in the team is anywhere near enjoying the ride at the moment and this team, we have done it in the past, we just need to dig ourselves out of this hole.”

Former Mercedes driver Nico Rosberg suggested prior to Wolff’s comments that the emotions showed that the team is feeling stress this year.

Hamilton and Russell failed to make much progress in the F1 Sprint on Saturday, and will start today’s Emilia Romagna Grand Prix from 14th and 11th respectively.

“Point scoring has to be the minimum, but that is not where we set our expectations so and therefore this weekend is a complete write off,” Wolff said.

“So you can say we are trying to learn, but we weren’t great with tyre warm up and that is why there was no miracles that you can expect at the race start and because the overtaking is so difficult.

“We can make up positions, we have shown that [in the Sprint] – but not quickly enough. Therefore, beyond the fact we are learning it is another humbling experience.”