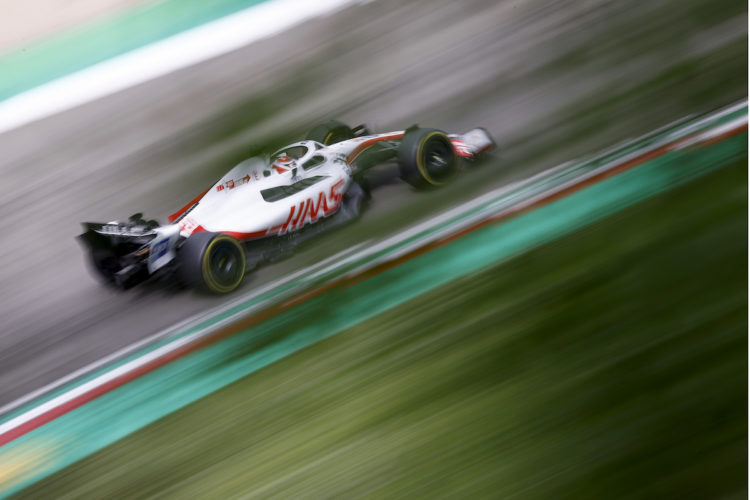 Kevin Magnussen has rued the decision to start the F1 Sprint on the Medium tyres, with his rivals around him opting to use the Soft compound.

Magnussen, as well as team-mate Mick Schumacher, fitted the yellow-walled tyre for Saturday’s 21-lap race, as it believed Pirelli’s softest compound would degrade through the race, leaving Haas in a comfortable position towards the end.

Although the Soft tyre had a graining phase on some cars, it was evidently the strongest compound to use throughout the short race.

The Dane took the race start from fourth on the grid, but fell to eighth at the chequered flag, where he will start Sunday’s grand prix.

With teams having a free tyre choice and no mandatory pit stop during the Sprint, Magnussen admits Haas was expecting to see more teams on the Medium tyres.

“We were surprised to see everyone else on the Softs,” he said.

“Of course it was not what we wanted to see, but we judged that the Soft would degrade too quickly.

“We went on the Medium but everyone seemed to just pass me at the beginning of the race.

“Then it kind of reset, we were kind of [keeping] the same pace as Ricciardo and Fernando. But of course we wish we would’ve been on Softs.”

Magnussen’s eighth place finishing position earned himself and Haas an extra point in the standings, while Schumacher crossed the line in 10th place.

“It’s nice to get a point, P8 normally we’d be quite happy with P8 in qualifying,” Magnussen said.

“We just look at the positives, we’re starting inside the top 10 for the main race. Hopefully we’ll be on the right tyre tomorrow and score some more points.”