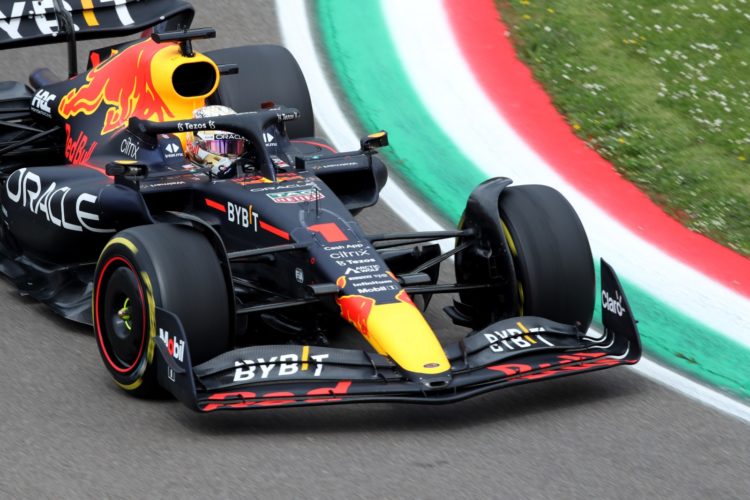 Verstappen dropped behind Leclerc off the line during the 21-lap Sprint but remained within sight of the Ferrari driver throughout the short race.

Verstappen used DRS on the penultimate lap to go around the outside of Leclerc into Turn 1 in order to secure the maximum eight points and first place for Sunday’s race.

Sainz recovered from the foot of the top 10 to fourth, behind Red Bull’s Sergio Perez.

Lando Norris dropped from third to fifth and will front an all-McLaren third row on Sunday’s grid, with Daniel Ricciardo sixth.

Valtteri Bottas recovered from a subdued first lap to take seventh while Kevin Magnussen’s Medium tyre gamble backfired as he slipped from fourth to eighth.

Fernando Alonso was another to relinquish four positions as he lost ground at the start before ceding further spots to drop to ninth.

Mick Schumacher rounded out the top 10 on a day in which Mercedes once again struggled.

George Russell was 11th while Lewis Hamilton took only 14th after a poor first lap.

Yuki Tsunoda was 12th as Sebastian Vettel dropped from ninth on the grid to 13th, with Aston Martin team-mate Lance Stroll 15th.

Esteban Ocon made little ground from his low-key grid spot and will line up from 16th on Sunday.

Pierre Gasly was 17th after a first-lap clash with Zhou Guanyu, which left the Alfa Romeo driver in the wall, while Williams took 18th and 19th, Alex Albon in front of Nicholas Latifi.