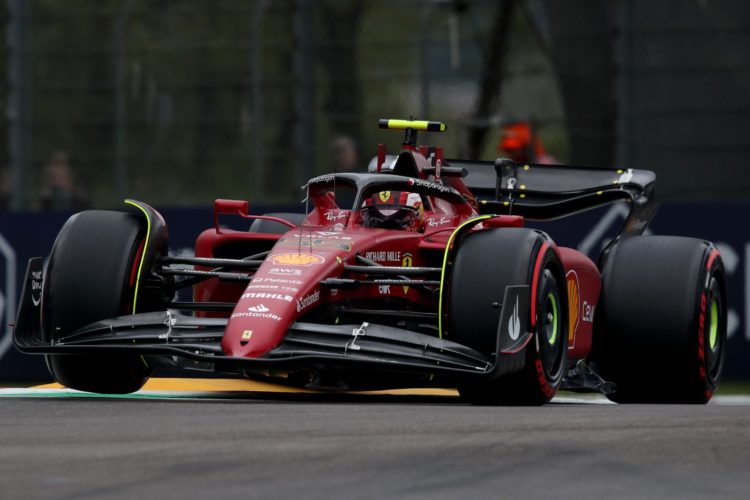 Carlos Sainz says he is yet to get fully comfortable with Ferrari’s 2022-spec Formula 1 car but was buoyed by his Sprint recovery at Imola.

Sainz has trailed team-mate Charles Leclerc through 2022 and followed up an early spin in the race in Australia with a crash during Q2 at Imola.

Sainz recovered from 10th to fourth in the 21-lap Sprint, labelling his positional gains as “the maximum we could make up” but expanded further on his current weaknesses.

“It’s no secret that mistakes like yesterday happen for a reason and I’m not 100 per cent, I’m out there fighting the car and trying to figure it out,” said Sainz.

“Obviously, I’m quick, this is no secret, yesterday I was quick, in Australia I was quick, it’s just the confidence with it, and the predictability that I have from the car and as soon as I get this sorted I will be 100 per cent.”

Ferrari boss Mattia Binotto suggested on Saturday that Sainz had to learn to cope with the raised pressure of having front-running machinery at every event.

He is the only driver among the leading group not to have taken a pole position or victory but he downplayed suggestions his Q2 crash was caused by this feeling.

“It was Q2, I knew I had already done a good banker lap to get to Q3, I was just trying myself out there, to try different lines, different balance, different…I’m still out there trying and hustling with the car to try and find my groove,” he said.

“I wasn’t actually pushing that much and I made a mistake which in those conditions, can happen.

“I was playing around with the car and made a mistake. Definitely, I have less practice than the guys I’m fighting with, like Charles and Max and Checo do, to fight for podiums and race winning cars, I lack this experience and maybe lack the patience in Q2 to know that you don’t need those last two tenths that maybe I was trying to find yesterday.

“So that experience will serve me well and once I get used to it, I’m sure I will be as fast as anyone.”