Rosberg on Wolff/Hamilton exchange: ‘It shows the stress is there’ 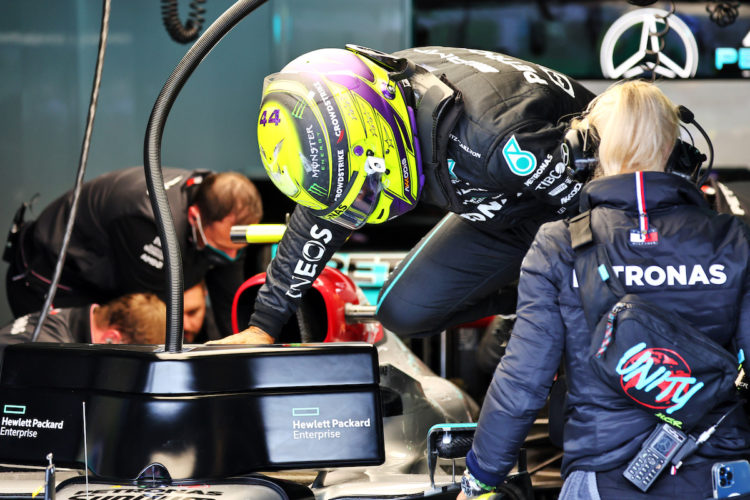 2016 Formula 1 World Champion Nico Rosberg has spoken out on the exchange that was spotted between Mercedes team boss Toto Wolff and his driver Lewis Hamilton at Imola on Friday.

Wolff appeared to be heated in his expressions after both Hamilton and team-mate George Russell were knocked out in the Q2 segment of qualifying on Friday.

Mercedes has endured a difficult start to the 2022 campaign, with the latest qualifying result marking the first time since Japan 2012 that a Mercedes car has not progressed to the top 10 shootout.

Speaking to Sky F1, Rosberg has suggested that the stress of Mercedes’ issues is starting to lead to frustration.

“It’s very difficult to know what was said,” Rosberg commented. “If I had to speculate now, it looked to me like Toto was annoyed about something that Lewis had done, which might be understandable.

“Lewis could’ve been frustrated on the external Mercedes garage radio, that they didn’t follow his thoughts on what they should’ve done with strategy, complaining about the car or something.

“Lewis also got out of the car before Q2 over. There might be still a one per cent chance that the track is still in a good shape towards the end of qualifying, maybe Toto was angry about that.

“It just shows that the stress is starting to get there. Rather than going forward at the moment, they’re actually going backwards, almost two seconds a lap slower yesterday in qualifying.

“It was their worse qualifying in 10 years, so naturally the tension is going to build internally.”

Hamilton was asked post-qualifying what was said between himself and Wolff, but he declined to share, asserting that it was “internal stuff”.

The seven-time World Champion will start Saturday’s sprint race from 13th position, while team-mate George Russell is two positions ahead in 11th.