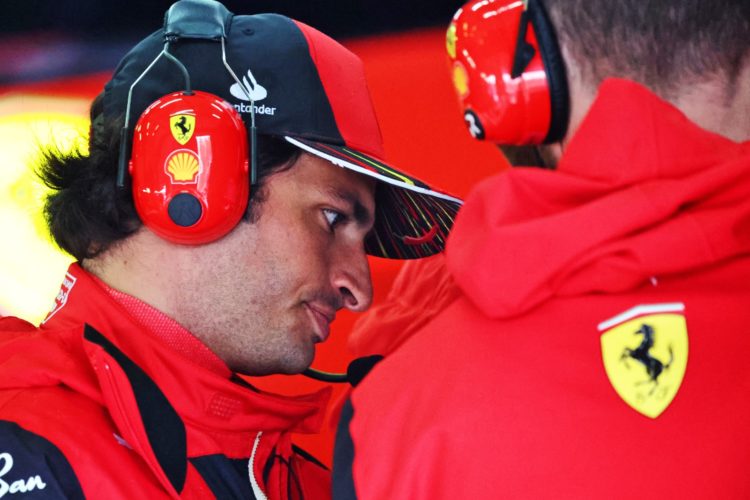 Carlos Sainz accepted blame for his early exit from qualifying at the Emilia Romagna Grand Prix but expressed positivity at having two chances to recover.

Sainz spun through the final corner and hit the barriers in dry conditions in Q2 shortly before forecast rain swept through Imola.

It left Sainz unable to participate in Q3, for which he qualified despite his crash, meaning he will start Saturday’s Sprint from the foot of the top 10.

“It’s very frustrating, the target was to put a banker lap in knowing the rain would come,” he said.

“I was P1 or P2 the whole session and wasn’t pushing really that hard at all but the car surprised me in that corner, I missed it, it’s clear conditions are tough out there and I did a driver mistake that is going to cost me a lot going into the weekend, but at least I have sprint and the race to recover.

“It’s not going to be easy for the guys tonight, big apologies to them for giving them extra work.”

It is the second successive event at which Sainz has made an error in a key session, following his race-ending mistake in Australia.

“As a target: to move forward, try and rescue some solid points, the weekend is not over yet, it’s only Friday.

“But obviously it hurts as it should be easy through to Q3 and in the wet you never know what can happen.”