Haas not rushing to find major sponsor after Uralkali split 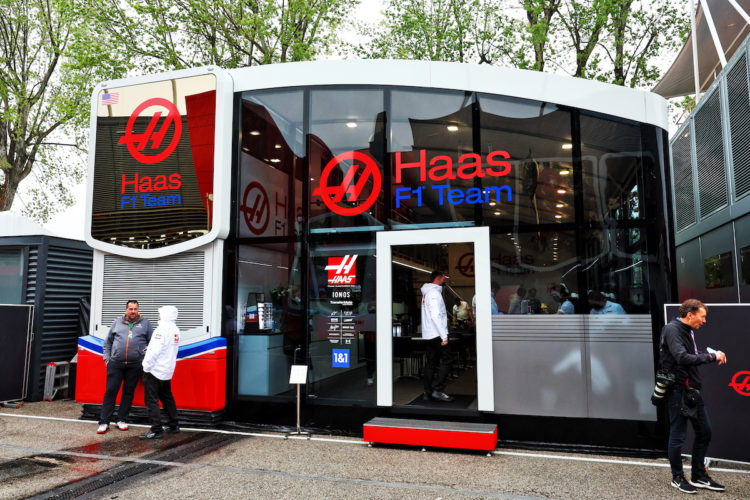 The Haas Formula 1 team is not hurrying to sign a deal with a new major sponsor, according to its Team Principal Guenther Steiner.

In the middle of pre-season testing earlier this year, Haas split from title sponsor Uralkali amid Russia’s invasion of Ukraine.

As a result, it also parted ways with driver Nikita Mazepin, whose father owns the Uralkali company.

It marked the second title sponsor controversy that Haas has endured in the last number of years, after it split with Rich Energy midway through the 2019 campaign.

Steiner says that Haas can cope without the injection of title sponsor money, and asserts that it is waiting to hear the right offer before signing a deal.

“We are looking for sponsors, there is a lot of movement. But we don’t want to jump immediately onto the next one,” he said.

“We want to take our time, we want to do our due diligence, make a good decision. We are in a safe place at the moment, so there’s no point to rush into anything which we may regret in six months’ time.

“We will be OK without it [money]. There is always need for money obviously, this should be a business and not a money-wasting machine.

“That’s what our focus is on. The team is in a good position now with performance, now we need to make commercially good decisions.”

Steiner added that any parties that are seriously interested in the team will be willing to wait several months to finalise a deal.

“We are waiting for the best package. It’s a combination of things, the best offer, the best sponsor,” Steiner said.

“Maybe you take a deal today which you find out in six months you shouldn’t have done that. It’s sometimes attractive – ‘oh we need to do it in two weeks to get ready’ – and all that stuff.

“It’s sometimes better to sit back and say ‘let’s talk with these people correctly and see’.

“Because if someone is really interested, they can wait three to six months. It’s not a rush. And if the deal, we think, is not good enough going forward, we don’t have to do a deal this year. It’s not a must.”