Sainz: Talks with Ferrari over extension were ‘super straightforward’ 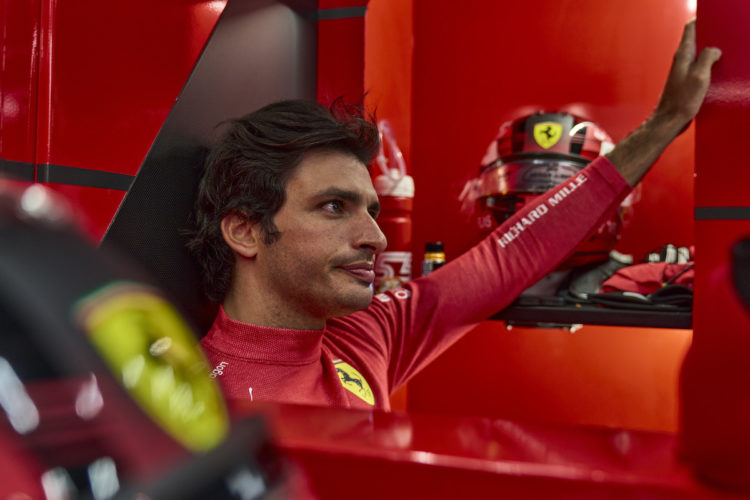 Carlos Sainz has described negotiations with Ferrari over his contract extension as “super straightforward”.

On Thursday, Ferrari announced that it had agreed to a new deal with the Spaniard, tying him down until at least the end of the 2024 season.

Sainz joined the Italian outfit in 2021, finishing fifth in the championship standings and scoring four podiums across the campaign.

Ferrari and Sainz asserted across the opening trio of races of the 2022 season that a new deal between the two parties was close to being announced.

Speaking about the process of agreeing to terms over the winter break, Sainz said: “[They were] super straightforward, to be honest.

“It’s been easy going, I guess, after such a good first year we had. Just getting to agree through the winter was fairly easy for both parties.

“Now having the opportunity to announce in a place like Imola, in front of the Tifosi, on a weekend like this, it was ideal. So, we put together a good plan for the announcement being here.”

Sainz hailed the medium-term stability that the new two-year deal has given his career, with both his and team-mate Charles Leclerc’s contracts expiring at the end of 2024.

“It’s no secret recently that not only me, I think you’ve heard also other drivers saying that it’s important on the driver’s side to have full mind focus on the performance, on the racing, and not having to focus too much on what the future holds.

“And for me, I have been, since I discovered when I raced for McLaren, I’ve been very vocal towards it.

“Honestly, I’ve been pretty sure all the winter that we were going to secure this, so it’s not like I was worried in the first three races. But it always gives you that extra bit of a boost.”