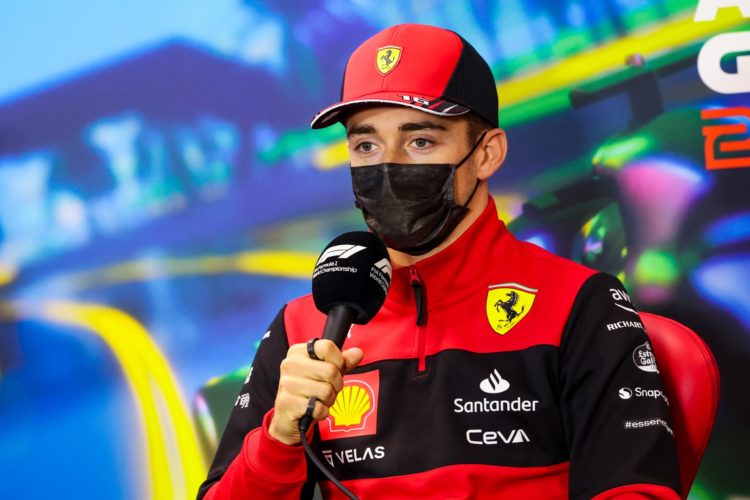 Charles Leclerc believes Ferrari must heed its lessons of the last couple of years and solely focus on itself when developing its Formula 1 package.

Ferrari has vaulted to the top of both championships under new regulations in 2022, with Leclerc entering its home event at Imola 34 points clear of Mercedes’ George Russell.

The embryonic nature of the regulations means in-season development is likelier to become a more influential aspect in Formula 1 compared to recent years.

Ferrari has not yet brought major upgrades to its F1-75 since testing after instead opting to focus on extracting the potential it has from its current package.

Leclerc says the manner in which Ferrari addressed its weaknesses after its 2020 slump means it should not deviate from that mentality when it approaches its 2022 package.

“The approach we had the last two years, we couldn’t really focus on anyone else because we did such a step back from 2019 to 2020,” he said.

“By focusing on ourselves we found much more value than just focusing on the others – and that’s the approach this year.

“It’s not looking too much at what Mercedes and Red Bull are doing but focusing on ourselves, what are the weaknesses – this has been a strength of ours to work on them, identity them and fix them. If we do that successfully the result will come.”

Leclerc expressed confidence that Ferrari’s F1-75 can perform well at Imola this weekend but cautioned that inclement weather could influence proceedings.

Thursday’s build-up day at Imola took place in cold and drizzly conditions, with heavy rain expected through Friday, and a shower possible on Sunday.

“I think we have a pretty strong car overall but looking back at the first three races I think in some races we expected to be slower than what we actually were,” he said.

“Here I think we expect the track to fit our car a little bit better but I hope it won’t be a surprise the other way around!

“I think we need to remain cautious, it’s so close, it’s hard to predict whether one team, Red Bull or us, will have the upper hand.

“There’s also the rain this weekend, which we don’t know [how it will work] with this car yet. It’ll be important to adapt as quickly as possible and be in the right window from the start.”