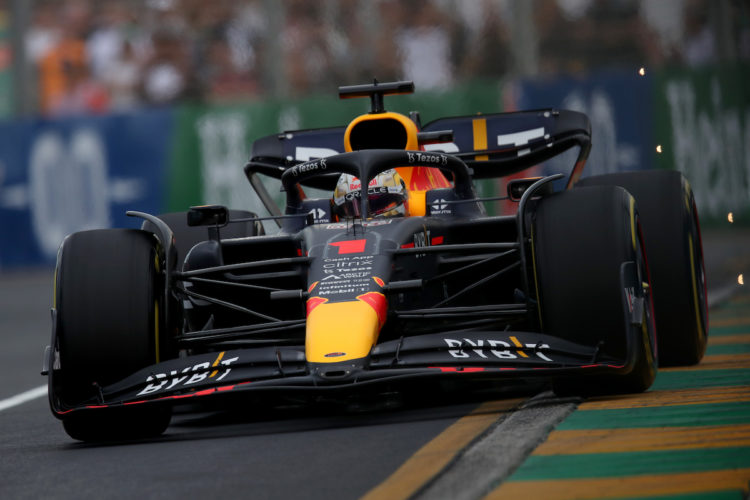 In 2022, cars have been suffering from bouncing on the straights, known as porpoising, throughout the opening rounds of the season.

Verstappen was forced to pull to the side of the circuit in Melbourne, only weeks after another car issue in Bahrain saw him retire from the grand prix.

The costly problems have left Verstappen 46 points adrift of Ferrari’s Charles Leclerc in the Drivers’ Championship.

Speaking to Austrian broadcaster ORF, Marko confirmed that there is no issue with the Red Bull engine, and it can be used in future races, while also suggesting the cause of Verstappen’s non-finish in Melbourne.

“Everything is okay [with the engine] – no problem at all,” Marko said. “[The retirement in Australia] was due to a high-pressure fuel line that burst.

“It was probably because of the bouncing. That was simulated on the test bench, but uncanny forces are in play.”

However, Red Bull’s porpoising hasn’t been as severe as Mercedes’ or Ferrari’s: “We’ve got that well under control, but still there are little movements,” Marko said.

“We assume that this was the main cause of the damage to the fuel line.”