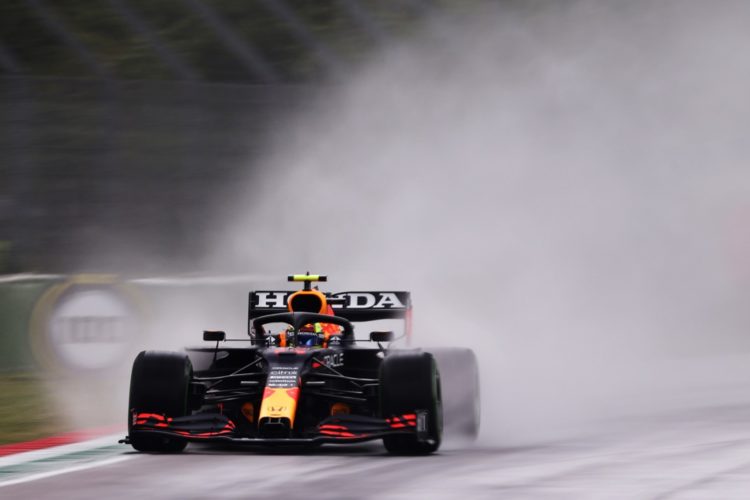 Early forecasts for this weekend’s Emilia Romagna Grand Prix suggest that Formula 1 could be in line for its first wet-weather running of the season.

While the Barcelona circuit was artificially watered during pre-season testing, drivers have yet to tackle naturally wet conditions at grands prix under the new-for-2022 regulations.

The long-range forecast issued by the FIA has outlined that while Saturday and Sunday are expected to be fine and dry, Friday is set to be affected by wet weather.

Under the F1 Sprint format being run at Imola qualifying takes place on Friday evening, ahead of Sprint on Saturday afternoon.

Heavy rain is forecast at Imola from Thursday morning through Friday, described as a “pouring day with moderate rain expected all day long”, while temperatures are likely to peak at just 12°c (54°F).

It could mean that the sole practice session before qualifying – at which point set-ups are locked in – takes place in atypically cool and wet weather, with Sprint and the grand prix itself due to be held in warmer and sunnier conditions, with a maximum of 23°c (73°F).

Last year’s Emilia Romagna Grand Prix – also held in April – was affected by a heavy rain shower that drenched the circuit during the race build-up.