Ocon sure Piastri will have F1 seat ‘very shortly’ 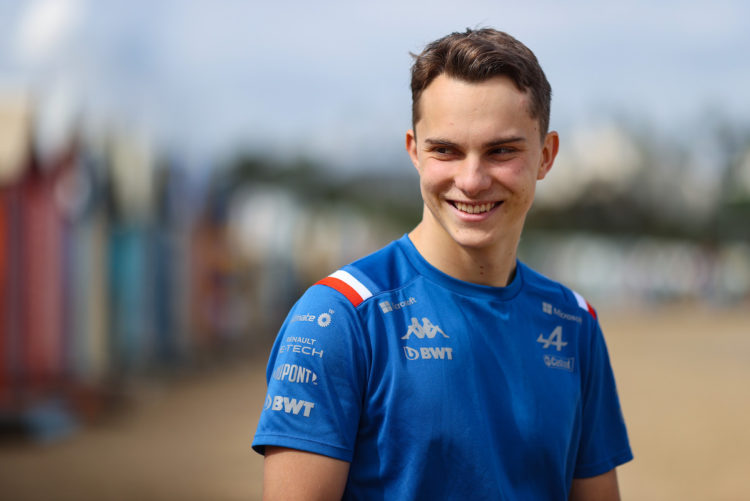 Alpine’s Esteban Ocon has expressed confidence over Oscar Piastri finding a full-time drive in Formula 1 in the near future.

However, he was unable to secure a drive on the F1 grid for the 2022 campaign, and is currently acting as Alpine’s reserve driver

Piastri has been associated with the Renault/Alpine team since 2020, and is set to have a substantial testing programme throughout the upcoming season.

As the Australian watches the current F1 campaign from the sidelines, Ocon has backed Piastri to find a seat very soon.

“Oscar is a great guy. I mean, he’s very involved in the team, he’s going to have a great testing programme,” Ocon said.

“He’s going to be probably the best prepared driver ever, with the test programme that he’s got at Alpine.

“I’m very sure he’s going to have a seat in Formula 1 shortly. I don’t know where in the paddock, but opportunity comes for the ones who deserve it.

“And Oscar is one of them. He’s won all the major titles and he’s very professional and dedicated. So yeah, I’m sure you will see him around pretty soon.”

Fernando Alonso also commended Piastri and hopes that the 21-year-old will find a drive shortly.

“He’s a good guy, obviously very talented, won all the junior categories until now, which obviously shows that he has the talent,” said the double F1 champion.

“[He’s] very professional and hardworking on the simulator and on the factory, in all our meetings. He’s still very young. Hopefully he finds a seat soon.”