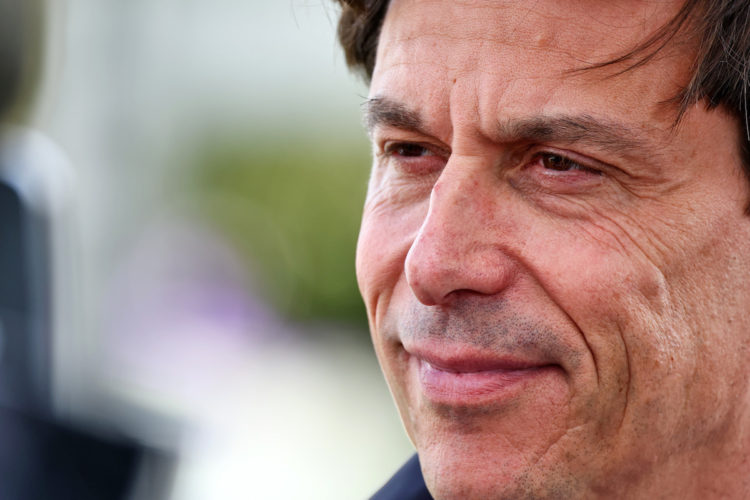 The reigning Constructors champions have started the 2022 season on the back foot, competing off the pace to rivals Ferrari and Red Bull.

It has been notably suffering from bouncing on the straights, known as porpoising, which has contributed significantly to the team’s pace struggles this season.

However, other teams have also been suffering from severe bouncing, including Ferrari, who currently lead both the Drivers’ and Constructors’ standings.

Although Wolff says that Mercedes’ porpoising is “worse” than Ferrari’s, he added that solving that sole issue won’t bring it level with the head of the F1 pack.

“Our bouncing is worse because we carry it into the corners and the high-speed, so you can see where we lose performance,” he said.

“When you look at the overlay in sector one [in Australia] we are very competitive, sector two we are competitive and then in sector three, through Turns 9, 10 and 12 we are losing all our margin.

“It’s almost like a second through a couple of corners. So is curing the bouncing going to miraculously unlock a second within the car? No, for sure not.

“But there are many other little improvements we can make on weight and other things we can optimise and we just need to chip away the small gains while understanding the car.

“I’m optimistic that eventually we will get there, whether it is two races or five, we need to stay humble.

“My time horizon is not a race weekend or a year, it is more like ten years and I want to look back and have a competitive team and there will be more difficult years and this is one of them.”