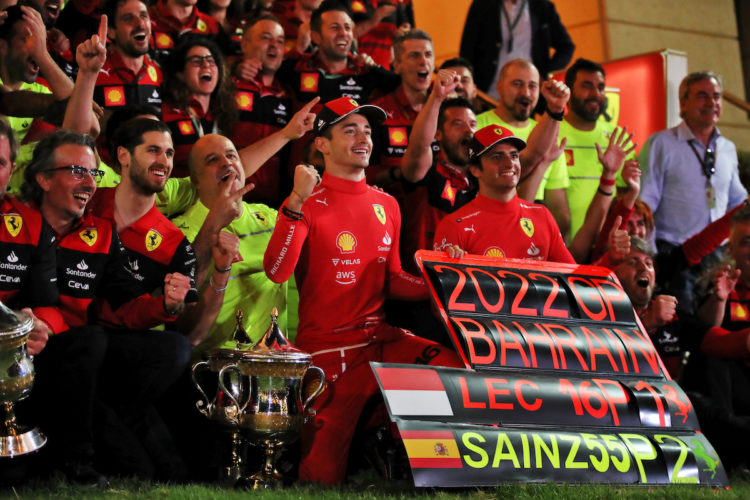 Carlos Sainz believes that Ferrari needed the introduction of new technical regulations to return to the forefront of the Formula 1 grid.

This year, F1 is operating under a new set of technical regulations, with Ferrari currently leading the Drivers’ and Constructors’ standings after three rounds.

The Maranello-based squad took a smattering of wins from 2014 to 2021, and battled for the titles in 2017 and 2018 before its efforts fell away in the second half of both seasons.

Sainz, who joined Ferrari last year, believes that Ferrari needed a “blank sheet” in order to return to championship contention.

“It’s been a few tough years for Ferrari,” he said. “And these tough years, we’ve used them to rebuild a bit the team in the internal side of it, to try and make ourselves stronger, become better at what we do.

“We’ve used the regulation change of having to start from zero, and a blank piece of paper, like we’ve done this year, to use this, this improvement in the way we work to put it into practice and suddenly be back at the top.

“I’ve always believed that Ferrari had the right people and the right mindset to be where we are right now.

“But we needed a blank sheet of paper because Red Bull and Mercedes with the previous regulations, they just had a very big advantage on the rest of the field.

“And we felt like that gap was very difficult to cut back without a reset. And this reset has given us the opportunity and we’ve used it in a very good way.”

With Ferrari taking victory at two of the opening three rounds of the 2022 campaign, Sainz says Ferrari’s next task is to ensure it remains at the head of the pack.

“So now, it’s our job to keep ourselves up there. Certainly, as a Ferrari driver, it’s just great to see it, and see the excitement of the tifosi coming back and give them back a bit what we’ve missed in these last few years.

“It was definitely not where we want it to be, but you could already feel it here in Melbourne and in other places that people are getting excited again.

“And this is good, I think, for the sport and for Ferrari.”