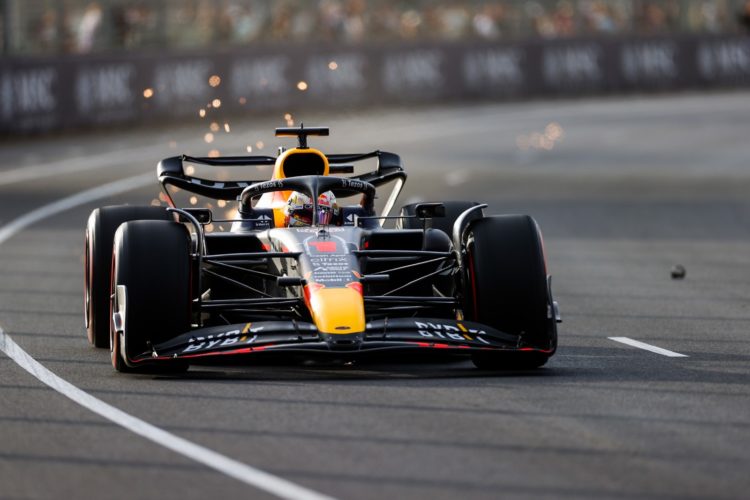 MELBOURNE, AUSTRALIA - APRIL 08: Max Verstappen of Red Bull Racing and The Netherlands during practice ahead of the F1 Grand Prix of Australia at Melbourne Grand Prix Circuit on April 08, 2022 in Melbourne, Australia. (Photo by Peter Fox/Getty Images) // Getty Images / Red Bull Content Pool // SI202204080415 // Usage for editorial use only //

Red Bull boss Christian Horner believes the squad has “a very good direction” for development of its RB18 and says its current position is encouraging.

Red Bull claimed pole position and victory in Saudi Arabia but holds only third in the Constructors’ Championship after faltering elsewhere.

Despite its in-race failures in Bahrain and Australia it had the second-fastest package, behind Ferrari, albeit sizeably so at the most recent of those events.

“I think they started this project a lot earlier than we did,” said Horner on Ferrari.

“I think it’s all part of the development and evolution of these cars. As we learn more about the tyres and how the car’s performing, that gives you a development direction.

“Over the first few races we’ve got some very good direction for the development vein for the rest of the season.”

Horner added that minor parts will be available for the RB18 at Imola next weekend but that a sizeable upgrade is not in the works due to the return of F1 Sprint.

“Being a Sprint Race, you get very little time to evaluate these things,” he said. “We’ve got one session and then into qualifying.

“You got to be very confident about what you’re putting on the car.”