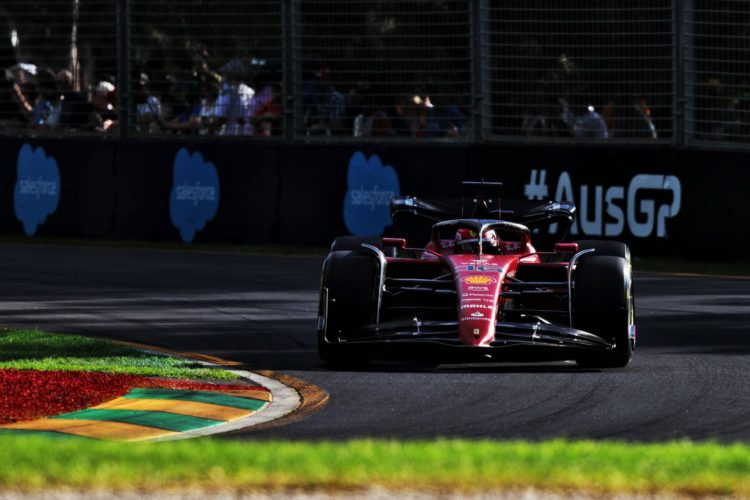 Ferrari says it has no plans to bring significant upgrades to its F1-75 for its home event at Imola and believes more can be gained from optimising its current package.

Ferrari has emerged as the strongest team across the opening three rounds of the 2022 season under Formula 1’s overhauled regulations.

Charles Leclerc has won two of the three grands prix to hold a 34-point advantage in the Drivers’ Championship while Ferrari has a 39-point buffer over Mercedes in the Constructors’ standings.

It dominated in Australia in the hands of Leclerc despite the F1-75 appearing to suffer from significant bouncing – and Binotto says addressing that is a primary focus.

“I think it will be a difficult weekend in the respect of bringing updates and trying to evaluate them in the Friday practice because obviously, you need to focus yourself on the quali in the afternoon,” said Binotto, referring to the return of F1 Sprint.

“If we look at ourselves, there will not be much in Imola because again we believe it will not be the right place.

“We will try to mitigate the issues we have seen so far, the proposing and the bouncing that has affected our performance at the weekend.

“Again, we will try to work on that specific point but for the upgrades, and more let me say, significant ones, it will be for later on in the season.”

Binotto believes that the level of bouncing the F1-75 suffers is likely to vary depending on the characteristics of circuits that Formula 1 visits.

“As a situation, it’s not something that’s obvious and straightforward to be addressed,” he said.

“We are working on it and we will try to mitigate it further in Imola if we can but it’s something we are aware that it’s not been fully finalised and fully sorted. It’s not a surprise.

“It’s something that is difficult to keep under control and there are races and a lot of tracks, and layouts where there are the reasons in which we are suffering more than others.

“I think when coming [to Australia] since the Friday we understood it’s going to be an issue for the weekend.”