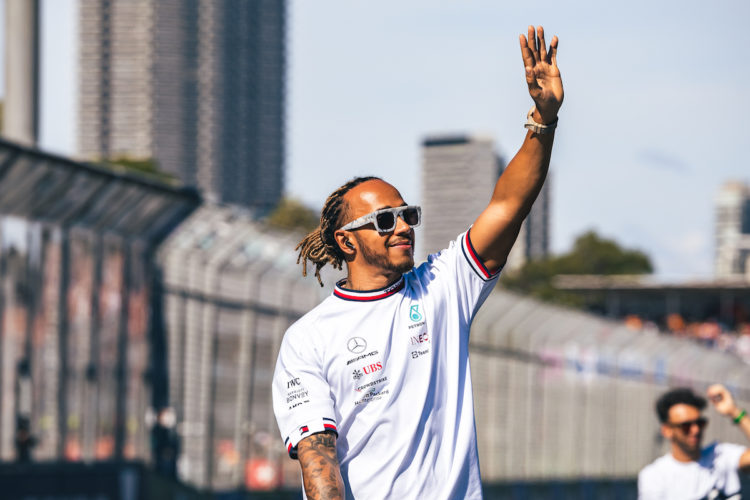 Lewis Hamilton says that he is staying optimistic over his prospects of fighting for the Formula 1 title this season.

After the opening three rounds of the season, Hamilton sits fifth in the Drivers’ standings, 43 points down on championship leader Charles Leclerc.

Mercedes has endured a difficult start to the 2022 season, and has been the third-fastest team in the field.

Ferrari has won two of the first three races, and looks to be at the forefront of the pack in 2022.

But despite the deficit that Mercedes currently has to its Italian rivals, Hamilton has not ruled himself out of bringing himself back into contention for the title this year.

“I prefer to stay optimistic,” Hamilton said. “There are 20 races still to go.

“If you think realistically with the way our sport goes, the top teams often develop at a similar rate.

“Will that be the case with this new car? Who knows. But I’m really, really hoping we can get in the fight.

“But with every bit of improvement we make, they [Ferrari] and Red Bull will probably make similar sort of steps, so it’s not going to be easy. And yes, the gap is pretty big right now but there’s a long way to go.”

Hamilton picked up a podium finish at the opening round in Bahrain, before finishing 10th and fourth respectively in Jeddah and Melbourne.

Mercedes has not missed out on a Constructors’ Championship since the start of the turbo-hybrid era in 2014, while it was defeated for the first time in a Drivers’ title fight last year.