Vettel’s Melbourne struggles not due to long absence – Krack 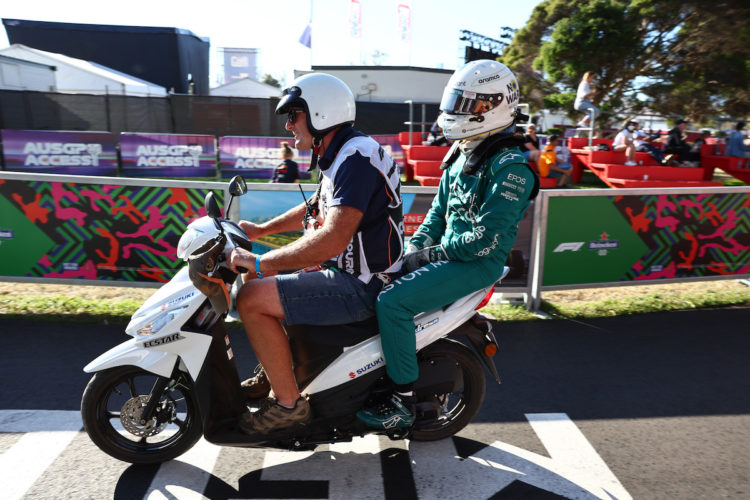 Aston Martin Team Principal Mike Krack says Sebastian Vettel’s difficult weekend at the Australian Grand Prix was not down to missing the opening two rounds of the season.

Ahead of the opening race of the year in Bahrain last month, Vettel tested positive for Covid-19 and was forced to the sidelines.

He was then ruled out of the second grand prix in Jeddah, before Aston Martin confirmed that he would be back for the event in Melbourne.

However, Vettel missed much of Friday practice in Australia due to a reliability issue, before he crashed out of both FP3 and Sunday’s race.

But Krack says that it would be too easy to blame Vettel’s struggles on sitting out of the car for a number of weeks prior to the weekend.

“I think we really take something away from it. I am happy that Seb is fine, first of all after all these incidents,” Krack said.

“I think if someone like him, a four-time champion has these issues that he was having this weekend, this is not down to not driving because he has driven the car.

“This is really something we need to look at what car we provide him, what feedback he gets from the car.

“He will agree with me that him being off so much as he has been this weekend is not normal and I don’t think it’s related to having missed two races.

“He has been the multiple winner in Melbourne, he knows where he is here, he has some tests with the car so I think it would be really easy to say ‘oh he was not there for two weekends’. A driver of that class, we need to really check what tool we are giving him.”

Aston Martin remains the only team on the grid yet to score points this year, after Williams bagged a 10th place finish will Alexander Albon on Sunday.