Russell: ‘Pretty crazy’ to be second in F1 championship standings 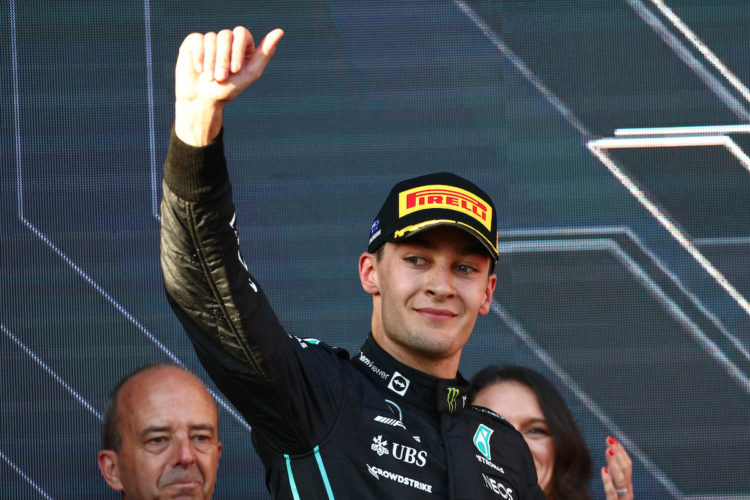 George Russell says it is “pretty crazy” to be second in the Drivers’ Championship after the opening three rounds of the 2022 Formula 1 season.

The Brackley-based squad has notably been the third fastest team so far this year, however reliability woes for Red Bull has allowed Mercedes to creep up the order.

Russell has finished fourth, fifth and third respectively through the first trio of grands prix, leaving him second in the standings behind Ferrari’s Charles Leclerc.

“I think it’s credit to the team back at Brackley and Brixworth because obviously we want more performance,” Russell said.

“We are a step behind Ferrari and Red Bull in terms of pace, but you’ve got to be there at the end if you want to pick up the points, and that’s what we’ve done on a number of occasions now.

“I mean, this weekend we were the fifth fastest team behind these two guys and obviously McLaren and Alpine.

“And currently standing P3 on the podium and P2 in the Championship is pretty crazy.”

Russell echoed Hamilton’s comments from Saturday, asserting that Mercedes hasn’t made progress over its pace during the races held so far.

“I’d love to say we’ve made a lot of progress but I think we’ve got to look at the lap times and we haven’t closed the gap at all to these guys [Ferrari and Red Bull]”, Russell said.

“And we know we’ve got a lot of work to do but I have faith that we can get there.

“We know the potential is in the car. And we’ve got a lot of work to do to extract that performance.

“It won’t happen overnight; it won’t happen in the next race, but I do think in time we will get there. So, for the time being, if we keep picking up these results, it’s keeping us in the mix.”