Mercedes: No point bringing updates to W13 yet 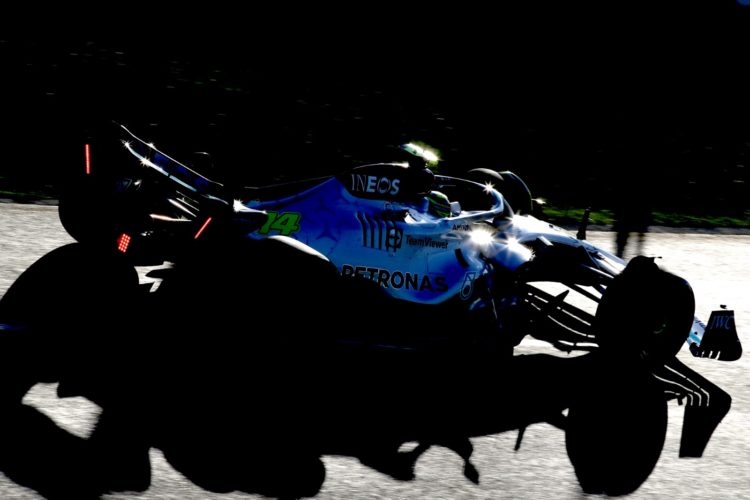 Toto Wolff says Mercedes cannot yet bring updates to its W13 as it still does not understand how to unlock further performance from its recalcitrant car.

Mercedes has struggled for ultimate pace through the early stages of 2022 and has lacked behind current front-runners Ferrari and Red Bull.

Hamilton suggested afterwards that Mercedes has yet to make any progress with its car across the opening trio of events and Wolff conceded that standpoint.

“If you correct for [Carlos] Sainz and [Fernando] Alonso it [the result] is less good, but it’s solid in the top 10 and that was not a given with the closeness of the front end of the midfield,” he said.

“I think we are learning the car and the tyres and nothing we did this weekend has unlocked the aerodynamic potential or has reduced the bouncing, we are still at the same place.

“That’s why it doesn’t make any sense to bring updates because you are just confusing yourself even more.

“Maybe it’s even the case that as you increase the downforce, the worse the bouncing gets. We are still learning.”

While the bouncing has been a fundamental issue for Mercedes it has also been prominent at Ferrari this weekend, despite the squad emerging fastest in qualifying.

Wolff admitted that “you have a point” over suggestions that the bouncing cannot explain away Mercedes’ entire issues, but that the W13 is struggling with the knock-on effects of the bouncing.

“Our bouncing is worse because we carry it into the corners and the high-speed, so you can see where we lose performance,” he said.

“When you look at the overlay in sector one we are very competitive, sector two we are competitive and then in sector three, through Turns 9, 10 and 12 we are losing all our margin – it’s almost like a second through a couple of corners.

“Is curing the bouncing going to miraculously unlock a second within the car? No, for sure not. But there are many other little improvements we can make on weight and other things we can optimise and we just need to chip away the small gains while understanding the car.

“I’m optimistic that eventually we will get there, whether it is two races or five … we need to stay humble and my time horizon is not a race weekend or a year, it is more like 10 years and I want to look back and have a competitive team and there will be more difficult years and this is one of them.”