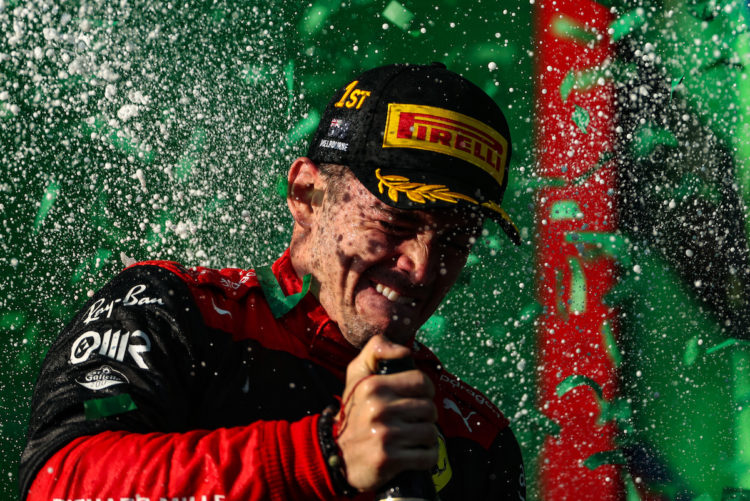 Charles Leclerc extended his lead at the head of the Drivers’ Championship after dominating the Australian Grand Prix from start to finish, taking his second victory of the season.

The Ferrari driver led every lap of the race and was largely unchallenged from those behind throughout the 58 laps.

Max Verstappen was on course for a second-place finish before a sudden mechanical issue forced him to pull over and stop at the side of the circuit in the final 20 laps.

It marked the Dutchman’s second retirement in three races, as he also failed to finish at the opening round in Bahrain last month.

With Verstappen out, his Red Bull team-mate Sergio Perez inherited the runner-up spot, taking his best result of the 2022 campaign.

George Russell bested Mercedes team-mate Lewis Hamilton to the final spot on the podium after overtaking the seven-time title-holder through a pit stop during a Safety Car period.

After McLaren endured a difficult opening two rounds to the 2022 campaign, the Woking-based squad had its best weekend to date as Lando Norris and local favourite Daniel Ricciardo closed out the race in fifth and sixth respectively.

The team dropped away from Mercedes as the race wore on, however early on, it possessed the pace to keep it close behind the reigning Constructors’ Champions.

Esteban Ocon was seventh for Alpine, while team-mate Fernando Alonso failed to make in-roads in the final laps after taking his one and only pit stop of the race late on.

Taking the final point on offer was Alexander Albon, who made his only pit stop just before the final lap. The Thai-British driver took Williams’ first points of the season, finishing ahead of Zhou Guanyu and Lance Stroll.

Haas missed out on a top 10 finish for the first time this year, as Kevin Magnussen and Mick Schumacher crossed the line in 13th and 14th respectively.

After a disastrous Q3 session on Saturday, Sainz’s grand prix did not get much better as he retired early on.

He dropped several positions on the opening lap, before running across the grass at Turn 10 on lap two, which sent the Spaniard into a spin and left him stuck in the gravel.

Sebastian Vettel’s nightmare weekend came to a disappointing end, as he crashed after spinning off the outside kerb at Turn 4.

The Aston Martin driver endured a challenging outing after setting very few laps during practice on Friday, having missed the opening two grands prix of the year due to testing positive for Covid-19.

F1 will return in two weeks’ time with the Emilia Romagna Grand Prix at Imola.