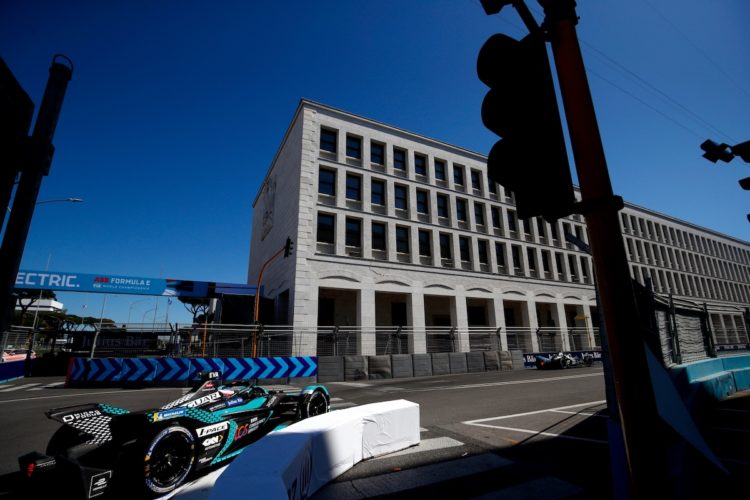 Mitch Evans has won race 2 in the Formula E Rome E-Prix, making it two wins out of two on the double header weekend for the Jaguar driver.

It launches him right into championship contention, on 51 points, fourth in the championship and nine off leader Jean-Eric Vergne for DS Techeetah.

Envision’s Robin Frijns finished second, meaning the two were able to repeat their results from race 2 on Saturday. Vergne finished third, one better than he managed the previous day, putting him into the lead of the championship.

Andre Lotterer for Porsche finished fourth after leading a considerable portion of the race. Mercedes’ Stoffel Vandoorne finished fifth, with the Mercedes not quite possessing the race pace to win, although he did advance three places from starting position.

Jaguar’s Sam Bird, Envision’s Nick Cassidy, Andretti’s Jake Dennis, Mahindra’s Alexander Sims and Oliver Rowland, Dragon’s Antonio Giovinazzi, and Venturi’s Edoardo Mortara all retired from the race, either with technical issues or as a result of contact with barriers or other cars.

This means Vergne leads the championship on 60 points. Frijns is second, two points back, with Vandoorne a further two points off. Evans is fourth on 51 points, with Mortara, the championship leader coming into both the Rome E-Prix weekend and this race, in fifth on 49 points, slipping back as a result of not scoring today. 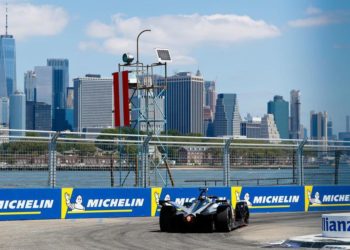 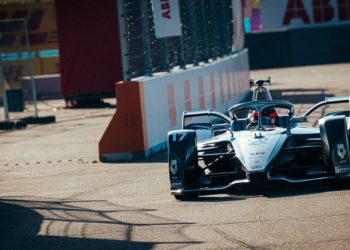 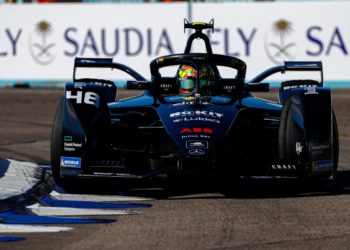