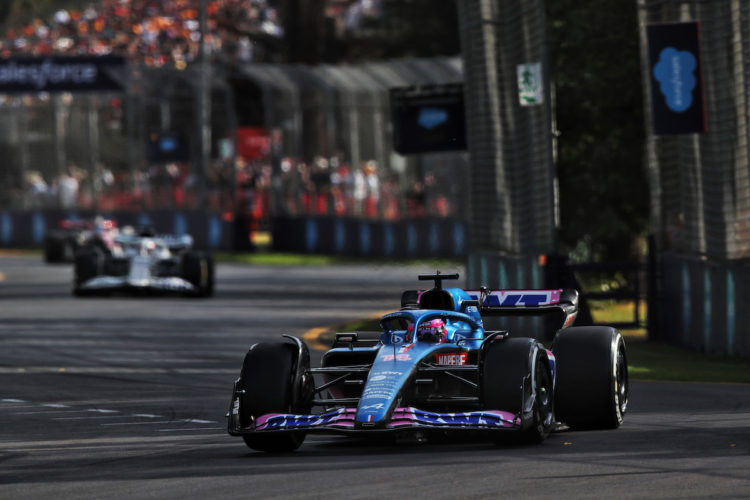 Fernando Alonso says a podium finish at the Australian Grand Prix would’ve been “very easy” if not for his crash during qualifying.

The two-time World Champion was on course for a rapid time during Q3 on Saturday, before a hydraulic issue sent him into the wall.

He started the race from 10th on the grid, but was confident that he could’ve ended the session inside the top three, or even on pole position.

During the race, he went long on a set of Hard tyres before pitting for Mediums, however the pack closed up following a Safety Car intervention mid-way through the race.

It eliminated the gap for Alonso to feed back into, and when he did pit for Mediums, he suffered graining on the tyres, before pitting again. He was the last driver to take the chequered flag.

“[I’m] speechless, to be honest. It’s hard to accept that everything is going in the wrong way at the moment,” Alonso said.

“It’s only three races in the Championship, luck is going to compensate sooner or later in the 23 races and we will be, on other occasions, lucky I guess.

“At the moment, we lost P6 in Saudi guaranteed. Here, we were looking for P6 or P7 before the Safety Car.

“If we take into account yesterday’s problem, the podium today was very easy with Max [Verstappen] out.

“Beating George on the podium, I think we were quite a lot faster than Mercedes at this circuit, so we lost an opportunity.”

Alonso emerged out of the pits behind a group of cars in a ‘DRS train’, which he said left his task of overtaking impossible to complete.

“It was difficult and [when] we actually did the pit stop, there are four cars in front of us in a DRS train,” he said.

“If they are one by one, you pass them. But when there are four and they all open the DRS, it’s impossible. We killed the tyres.

“As I said, it’s tough but it’s the way it is. We can’t look back, only look in front of us. Imola is another opportunity.”