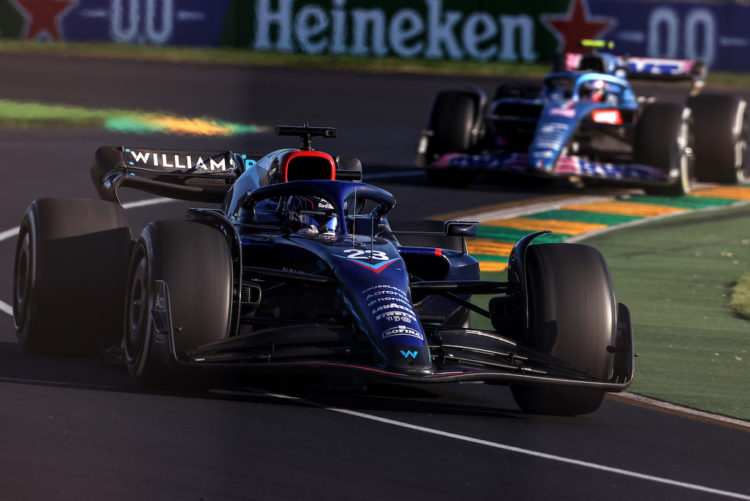 Alexander Albon says Williams was looking “sad” in its pre-race predictions prior to his run to 10th place at the Australian Grand Prix.

Albon started the race on the Hard compound tyres from 20th on the grid, and only pitted as he started his final lap.

In dry conditions, drivers are required by the sporting regulations to run two slick compounds throughout the race.

Albon emerged from the pits in 10th place on the Soft compound and went on to score Williams’ maiden point of the season, and its first since last year’s grand prix in Sochi.

“We came into today, looked at our race predictions and we looked a bit sad,” admitted Albon after the grand prix.

“It was a race where we took risks, because no matter what we did we were going to finish 19th or 20th.

“We went into the race, taking a bit of time to build the tyres up into the right window. When you start last you can afford to do that.

“Then it just got better and better. By the end of it, it felt like qualifying laps for the last 25 laps of the race.

“Obviously it’s completely unexpected but it really highlights all the work done at the factory and here at the track.”

Albon added that he was surprised that Williams opted not to pit him for fresh tyres during the various Virtual Safety Car and full Safety Car periods that were present throughout the race.

“I was surprised we were never boxing under the VSCs or Safety Cars, I thought ‘OK, they know something I don’t’,” he said.

“I thought that one of the Haas’ boxed in front of me, that’s when I thought ‘It’s going to be a tricky race now’.

“That DRS was saving me from being overtaken by the cars behind. But once we got clear air, we just went [for it].

“We were on much older tyres than the guys around us and we were keeping pace more or less with the McLarens, and at the very end, pulling away from the Alpines.

“What’s interesting is, that C2 tyre really suits our car. We need to understand why, because it’s a bit unexpected, this result. It’s a much needed result.

“When you have a tough start to the season, you want to stack momentum and positivity with what you’re doing. It’s hard when you don’t get good results.”