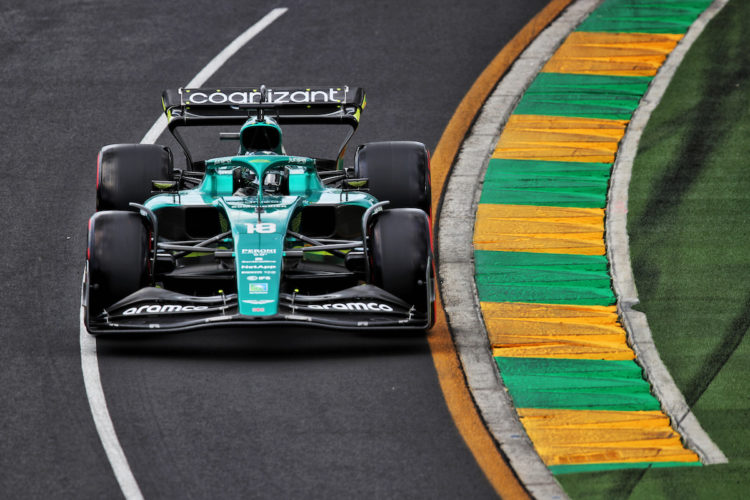 Lance Stroll has been issued a three-place grid penalty for the Australian Grand Prix after being found guilty of causing a collision with Nicholas Latifi during qualifying in Melbourne.

The incident occurred during Q1, with Latifi suffering heavy damage to the rear of his car in the crash.

Latifi let Stroll past before Turn 5, but as they headed towards Turn 6, Stroll slowed and Latifi accelerated to overtake his Canadian compatriot.

However, contact was made between the duo, with Stroll also suffering damage to his front suspension.

Stroll was set to start Sunday’s race from 20th place regardless of the penalty, and he has also been handed two penalty points on his licence, bringing him to seven in the last 12 months.

“LAT pulled off course to the left and slowed at the exit of turn 4 to let cars by, the last of which was STR,” read a statement from the stewards.

“At the exit of turn 5, STR appeared to not accelerate and was in the middle of the track.

“LAT made the decision to accelerate and pass STR on the right as STR was moving right toward the right hand edge of the track where the track curves slightly to the right on the run to Turn 6.

“Contact was made between STR’s right front wheel and LAT’s left rear wheel, with the subsequent damage putting both cars out of the session.

“The Stewards find that STR was predominantly to blame for the collision because of his lack of situational awareness of LAT’s passing manoeuvre.”