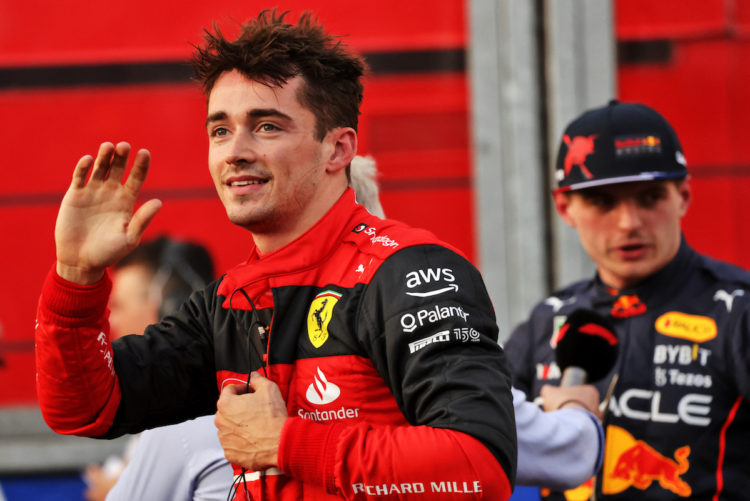 Charles Leclerc has been placed under investigation by the FIA Stewards for an alleged breach of the sporting regulations regarding his speed during an in-lap.

The Stewards allege that Leclerc was driving too slowly while returning to the pit lane during Q1 on Saturday.

Article 33.5 of the Formula 1 sporting regulations states that “at no time may a car be driven unnecessarily slowly, erratically, or in a manner which could be deemed potentially dangerous to other drivers or any other person.”

Leclerc claimed pole position for the Australian Grand Prix on Saturday, beating Max Verstappen by almost three-tenths of a second.

However, he is now in danger of losing his second pole of the season and the 11th of his career.

AlphaTauri’s Yuki Tsunoda and Alfa Romeo’s Zhou Guanyu are also being investigated for the same reason.