Leclerc took ‘quite a bit of risk’ with pole lap 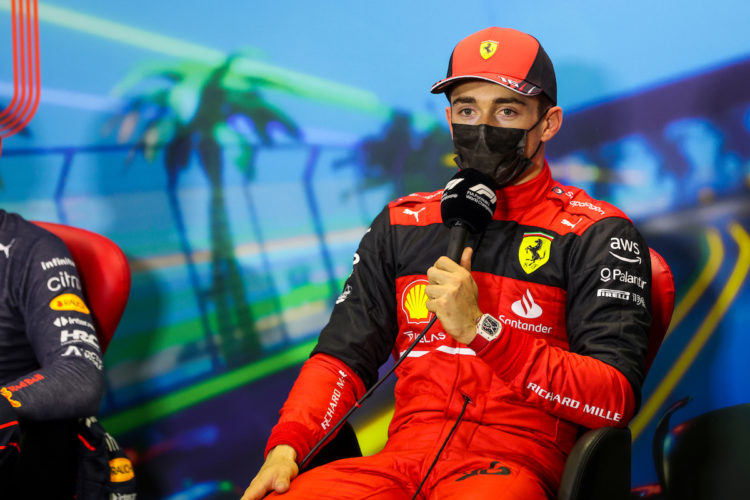 Charles Leclerc says that he took “quite a bit of risk” while setting his final lap time in Melbourne which earned him pole position for the Australian Grand Prix.

Leclerc beat Red Bull’s Max Verstappen by three-tenths of a second, while Ferrari team-mate Carlos Sainz was only ninth fastest.

Ferrari appeared to possess the fastest package throughout the race weekend, however Leclerc says he still felt the need to take risks in order to produce a pole-worthy lap time.

“It was a good lap. This time I took quite a bit of risk, especially in Turn 6, which was quite tricky,” Leclerc said.

“I wasn’t really on it during qualifying on this corner, just doing some mistakes, and then in the last Q3 laps, I managed to make it right.

“And I think I gained quite a bit on myself compared to the other laps.

“I’m very happy with the lap and especially on a track like this, where I’ve always struggled in the past and also free practice for me, even though we were competitive, it was very difficult to put a lap together and I was just doing quite a bit of mistakes.

“So I was working on consistency and managed to put that lap together in Q3. So very, very happy. And yeah, it’s good to be starting on pole tomorrow.”

Leclerc was heard complaining during the session over the sun causing visibility issues, and was given a darker visor for the remainder of the outing.

However, the Monegasque driver said even that solution was not enough to make the view comfortable at times.

“I took a lot of risk there [first Q2 lap] because I had no idea where was the limit of the track,” he said.

“You are just guessing a little bit, and it’s just with the rhythm of the weekend, you know more-or-less that you need to turn here.

“But I really had zero idea where was the limit of the track, and it was very tricky.

“So, then we went for a darker visor, I think the first run in Q3, there was some clouds around, so that was perfect.

“And then for the last run in Q3, braking for Turn 1 was still very, very bad. But I don’t think we can do anything.

“Even with the darkest visor, it’s still not enough. And it will be too dark for the rest of the track where there are the clouds.

“So, it’s just a compromise that we had to find – but it’s the same for everyone in the end, but it was definitely extremely tricky.

“And the last sector also on Q3 lap, on the last Q3 lap, I lost a little bit, but just because it was very difficult to see where I was.”