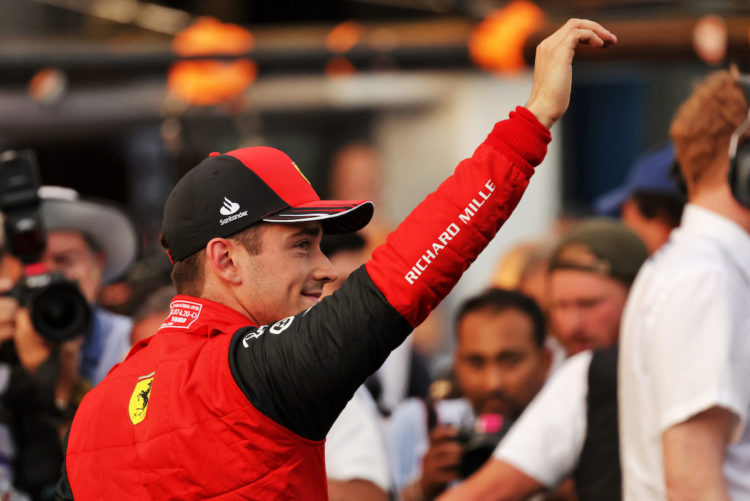 Charles Leclerc has kept his pole position for the Australian Grand Prix following a summons to the Stewards on Saturday evening.

The Ferrari driver was alleged to have driven too slowly during an in-lap, a breach of Article 33.4 of the sporting regulations.

His pole position was under threat while the Stewards deliberated the matter, but they found that the Monegasque racer operated within the regulations.

“LEC started a lap that was intended to be a cool down lap, not an in lap, which would not be subject to the minimum time restriction of the regulation,” read a statement from the Stewards.

“Part way through the lap, the decision was made to come in. During the lap there was heavy traffic and LEC took effort to ensure that he did not impede other drivers on push laps.

“These efforts significantly slowed his lap time. As a result, the minimum time was breached.

“The Stewards accept the driver’s rationale for his actions; find that he acted reasonably under the circumstances; and, therefore, take no further action.”

Zhou Guanyu and Yuki Tsunoda were also placed under investigation for the same matter, with Zhou escaping punishment.

However, Tsunoda was found to have breached the regulations, and was subsequently handed his third driving reprimand of the season.